Research into kidney regeneration, an organ that has been extremely difficult to regenerate, has taken a great stride forward with research coming out of a collaboration between Kumamoto University, Japan and the National Cancer Institute (NCI) of the US. The research demonstrates a method of increasing kidney progenitor cell proliferation in vitro. These progenitor cells contribute to the formation of kidney tissues but normally disappear before or soon after birth. The research is the first in the world to establish methods for culturing kidney progenitor cells that maintain their ability to form the glomerulus, one of the most important elements of the kidney.

Although the kidney, which not only produces urine but also plays a role in blood pressure control, is an absolutely essential organ to sustain life, it cannot be regenerated once it has lost functionality. The glomeruli and tubules are the main functional components of the kidney. Glomeruli filter the blood to make urine, and both the glomeruli and the tubules are generated from kidney progenitor cells during fetal life. These cells, however, are lost before or soon after birth when kidney development is completed. This is one of the major reasons why the kidney cannot be regenerated.

The method for inducing progenitor cells to make nephrons from human iPS cells was reported previously by Kumamoto University Professor Ryuichi Nishinakamura’s research group in 2013, but a large number of precursor cells are required for regenerative medicine. Many researchers have tried to culture kidney progenitor cells, but these cells could only be kept for two to three days at most.

"We isolated kidney progenitor cells from mice and searched for the most favorable culture conditions," said Assistant Professor Shunsuke Tanigawa of Kumamoto University. Progenitor cells with a fluorescent green marker were isolated from mice, and culture conditions which preserved the marker, meaning that the cells were maintaining their function, were assessed. “The key was the use of the humoral factor LIF. LIF is often used for ES cells and a special type of iPS cell. It is also known to accelerate kidney formation at the expense of progenitors. However, at low concentrations, it works in the opposite manner,” continued Dr. Tanigawa. The researchers then examined various combinations of humoral factors to determine the optimal culture conditions. They ascertained that a combination of WNT, FGF, BMP and LIF, each at a low concentration, allowed for peak progenitor cell proliferation.

The optimized culture allowed kidney progenitor cells to retain their functionality (the ability to produce glomeruli and tubules) and grow up to 1,800 times their original amount over 20 days. In vivo, these cells disappear in about 10 days, but researchers using this method are now able to retain them for twice that amount of time. Additionally, the increase in the total amount of cells is approximately 100 times the amount normally found inside the body.

Further testing of this culture method on kidney progenitor cells derived from human iPS cells resulted in four times the total amount of cells over 8 days. These cells also retained the potential to form glomeruli and tubules. This finding, a culture method that increases kidney progenitor cells while maintaining glomerulus-formation potential, is the first of its kind.

In regenerative medicine a large number of cells are required to construct an organ. The success of this research in determining a culture method that artificially increases both the amount of kidney progenitor cells and their viability time is a major development for the field. The finding is anticipated to help in the search for causes of kidney disease, new drug development, and other cellular research.

“If cryopreservation of these cultivated kidney progenitor cells is possible, we could omit the 14-day timespan that is required between iPS cell induction and progenitor cell creation and ultimately be able to supply them as research material,” Professor Nishinakamura said. “Our next target is to extend cell viability time and to find a more efficient culture method for cellular proliferation.” 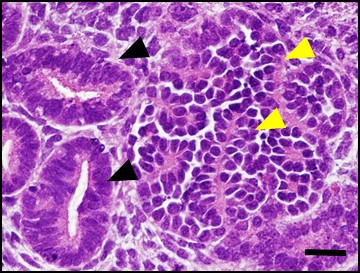 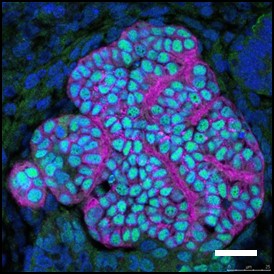 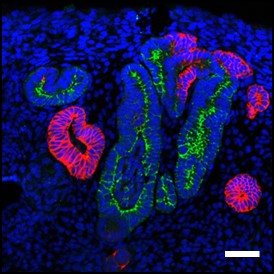