Professor Shinya Hayami’s expertise lies in the area of metal complexes. He creates compounds by combining organic substances and other materials with metal ions followed by evaluates their properties towards practical application. Such combinations are infinite, which means that metal complexes hold infinite possibilities.

Professor Hayami conducts basic research to elucidate the properties of metallic complexes, which are compounds where non-metals such as organic substances are bonded with metal atoms. Since metal complexes contain metal ions, they can have extensive physical properties ranging from magnetic or non-magnetic to conductive or non-conductive.

“Metal complexes can freely be synthesized using 118 elements, including man-made ones, and the ways of combining them are infinite. In other words, metal complexes have infinite possibilities, and I think my research can change the world through these metal complexes,” said Professor Hayami. Metal complexes are already used widely around us, such as in LEDs, LCDs, printer toners, and anti-cancer agents. “In the future, we will see them in the advanced applied areas during merger with the IoT, and this should lead to further applications in various fields dealing with substances such as functional molecules, materials, and pharmaceuticals.”

With the goal of creating various metal complexes and elucidating their properties, Professor Hayami’s research has led to design substances with new properties with diverse applications. “Even though an infinite number of compound combinations are possible, we cannot just create them randomly or recklessly. What should we aim during design of new compounds? Without an underlying concept, it is a difficult question to answer. For example, students will not have a clue about what to do unless they have set their research goals to a certain extent, such as building a touch panel. Even though it is basic research, we need to have some sort of plan,” said Professor Hayami. With metal complexes making breakthroughs in various fields, we also need to identify global research trends before embarking on research. “Regardless of whether basic or applied research, the attitude of pursuing the challenges of the society along with our own personal interests” is indispensable in research.

The study of metal complexes is both challenging and interesting because of the endless combinations and possibilities involved. Professor Hayami feels intrigued by this research theme every time he discovers a compound he wants to synthesize, during contrived works out, or when he discovers a very compelling phenomenon after evaluation. In his laboratory, both Professor Hayami and his students work on their daily research activities with the theme of “building global research trends.” “When one research area is built, it will be passed to the next generation which will then lead to progress with new academic systems and applications.” 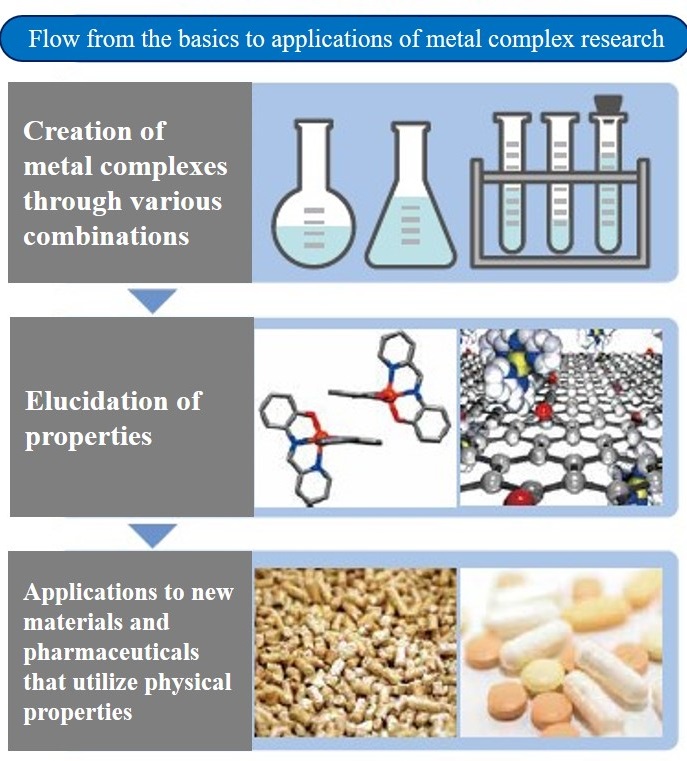 Flow from the basics to applications of metal complex research 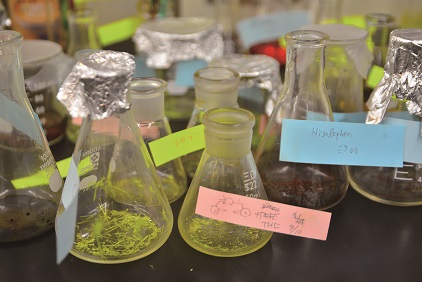 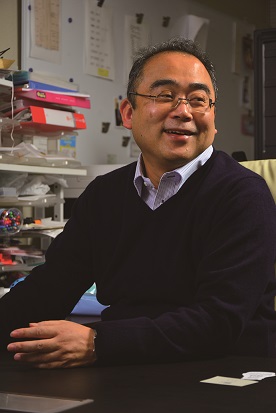