The Aitsu Marine Station (hereinafter “the Station”), preceded by the Marine Biological Laboratory of the Faculty of Science established in 1954, is located at the foot of Matsushima Bridge. Rocky shores and sessile organisms such as oysters are located to the west of the Station, at the mouth of the Ariake sea. To the east of the Station, at the inner part is constructed by soft mudflats, seagrass, and seaweed beds inhabited by many animal species, such as mudskippers and Yamato-osagani, a Japanese endemic crab species (Macrophthalmus japonicus).
The Ariake Sea and Yatsushiro Sea are known as the largest areas of tidal flats and shallow in Japan. In addition, these regions are among the most prominent semi-enclosed Bay with their tidal variation of approximately 6 meters. Under such great tidal variation in marine areas around the Station, many tidal flats, rocky shores, seaweed beds, and seaweed beds are distributed in a scattered manner interacting ecologically with each other, providing as nursery grounds for a wide-ranging variety of species, such as fishery species (shellfish, seaweed, fish, etc.).  Furthermore, such fragmental grounds structures (i.e., distributing fragmental local-ecosystems) play an important role to protect the sustained biodiversity in these sea regions. At the Station, we regularly monitor the variation of ecosystems in these venues, from the perspective of biodiversity, in order to understand the impact of environmental changes on the ecosystems.
In addition, near the Station are Nagaura tidal flat, known worldwide as a sanctuary for ethological studies of crabs, and an island named Goshourajima, where dinosaur fossil remains from the Early Cretaceous period have been found. In addition to fossil dinosaurs, fossil remains of ammonites and trigonia, which lived at a time when the Earth was extremely warm and the sea level was 200 meters higher than it is today, are found in large quantities on the island. Such fossils from the Greenhouse Period and the geological strata that contain them imply that humans should be alarmed about the consequences of ongoing global warming.
At the Station, we are providing advanced environmental education with “a four-dimensional view of the Earth”, adding a geological time axis to as “the spatial, biological and environmental three-dimension”. As a Joint Usage/Education Center established by the Ministry of Education, Culture, Sports, Science and Technology of Japan, the Station also provides marine research training for students from Kumamoto University and other institutions, as well as environmental education for elementary, junior high, and high school students and the general public by making the most of the geographical characteristics of our location, as well as our equipment (e.g., our research vessel), which allows us to conduct cutting-edge and integrated education and research.

For more information about our projects and research, please visit:
https://cwmd.kumamoto-u.ac.jp/en/marine/ 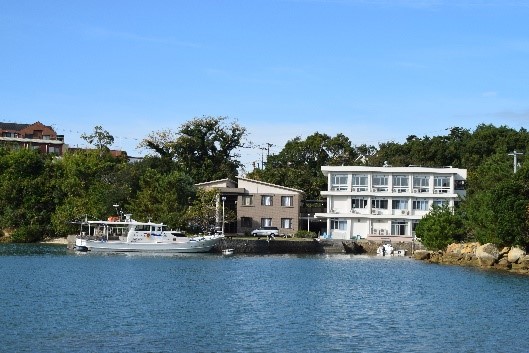 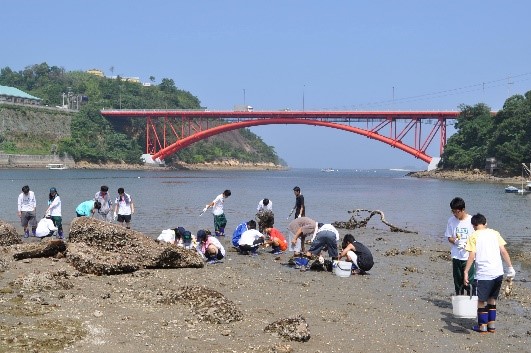 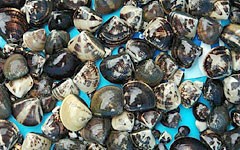 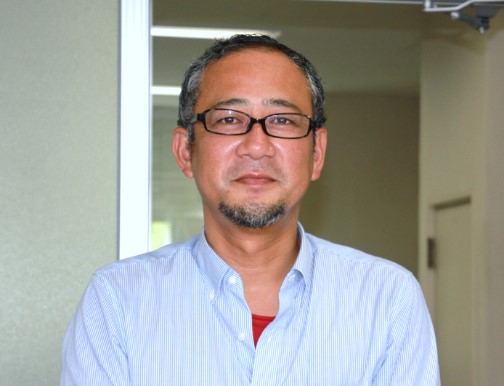 
Please tell us about the impacts of the Center’s research activities related to the preservation of local fishery and marine resources.


The Station is situated between the Yatsushiro and Ariake Seas which makes it an excellent location for researching these two marine ecosystems.
For example, in the last few decades, the catch of shellfish such as pen shells and manila clams has been decreasing due to excessive fishing, possibly in the Ariake Sea. Particularly, catching pen shell, a Kyushu District specialty with a particularly desirable texture, has been banned for more than 10 years. Hence, we have conducted research on how we construct marine protected areas for fisheries at riverine tidal flats in Ariake Sea, cooperating with local universities (e.g., the Prefectural University of Kumamoto), prefectural and city governments, and fishery cooperatives.
Without maintaining robust ecosystems and biodiversity, we cannot achieve sustainable fisheries. Because we are a univesity organization, it is possible to conduct studies that consider both biodiversity and resource use. We believe that our research will provide important clues regarding the best way to maintain both biodiversity and fisheries in years to come.


What global issues are you aiming to solve with the comprehensive efforts at the Center?


In the future, we hope to apply the knowledge gained from our studies in Japan (the Ariake and Yatsushiro Seas) to the maintenance of ecosystems and biodiversity and the effective use of marine resources in other countries, including developing countries.
In developing countries, as in Japan after World War II, a particular focus is put on the yields of fishing, without adequate recognition of the importance of ecosystems and biodiversity. We believe that we can help conserve marine resources and realize sustainable fisheries throughout the world by conveying the knowledge and know-how we have gained through our studies and experiences to other countries. We have already been conducting joint research with research institutions and universities in the Western Pacific region, including Southeast Asia.
Moreover, the understanding of the importance of ecosystems and biodiversity has not reached a sufficient level among citizens of Japan. In particular, when it comes to fishery resources related to food, we often find gaps between the ideal and reality: i.e., the current public awareness and knowledge of biodiversity conservation is still low, whereas people have known on-site more about efficient fishery resource utilization  (e.g., information about fishing points with increased catches of fish, clams, etc.). In order to make more people aware of the importance of biodiversity conservation in the use of marine resources, we will continue to actively provide educational opportunities related to biodiversity, such as public lectures and marine education programs for children. 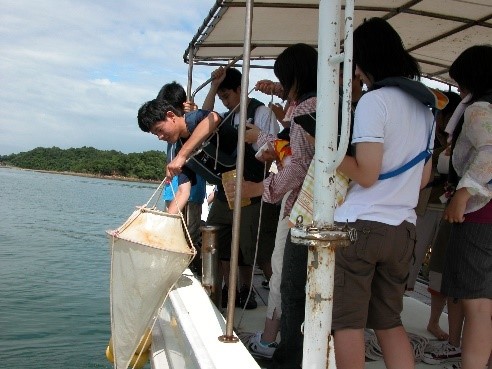