The event on the second day, i.e., Dec 5, was held at Sofitel Plaza Hotel in Hanoi. The program began with the address by the President Taniguchi followed by a congratulatory speech by Prof Bui Cach Tuyen, the Vice Minister of the Ministry of Natural Resources and Environment, Government of Vietnam. The other invited delegates who addressed the gathering included Mr Yasuaki Taniguchi, Ambassador of Japan in Vietnam, Mr Akira Shimizu, Senior representative of JICA Office in Vietnam, Prof Mai Chong Nhuan, President of Vietnam National University. Keynote lectures were delivered on the education and research opportunities at Kumamoto University and other universities of the Kumamoto region which are member of the “Higher Education Consortium Kumamoto”. The highlight of DAY2 was the formal signing of the university-level international exchange agreements for academic collaboration and student exchange, between Kumamoto University and the Vietnamese universities, namely, National University of Civil Engineering, Hue University and Ho Chi Minh City University of Technology.

In the afternoon, exhibit panels were displayed to introduce Kumamoto City, Kumamoto prefecture, industries and universities of the Kumamoto region to the participants. Posters on various research topics were also presented by the students of participating universities. Some of Cutting-edge research activities of Kumamoto University were introduced to the participants later in the afternoon, followed by the panel discussion under the title “new Horizons for Industry-Institute Collaboration under Globalization”.

The Kumamoto University Forum facilitated a range of presentations and speeches to better understand the history and future of the relationship between Japan and Vietnam. It also provided a platform for academics and young researchers from the two countries to exchange relevant knowledge and experience in research and education. 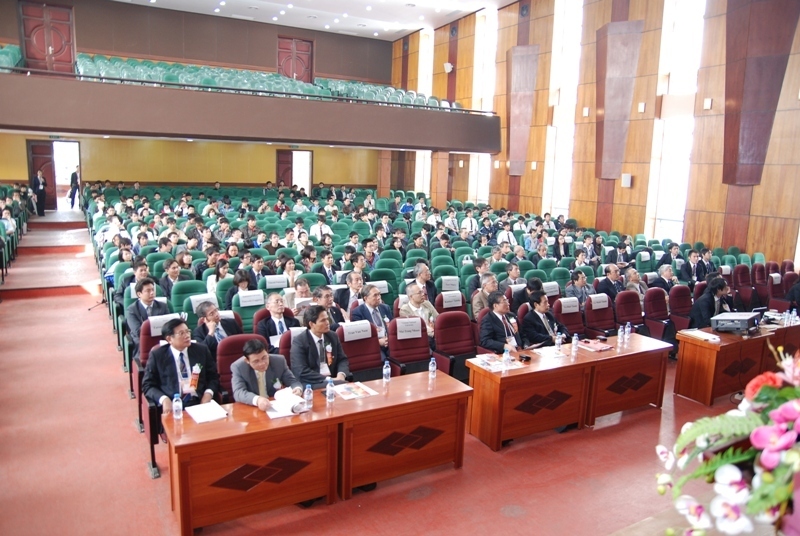 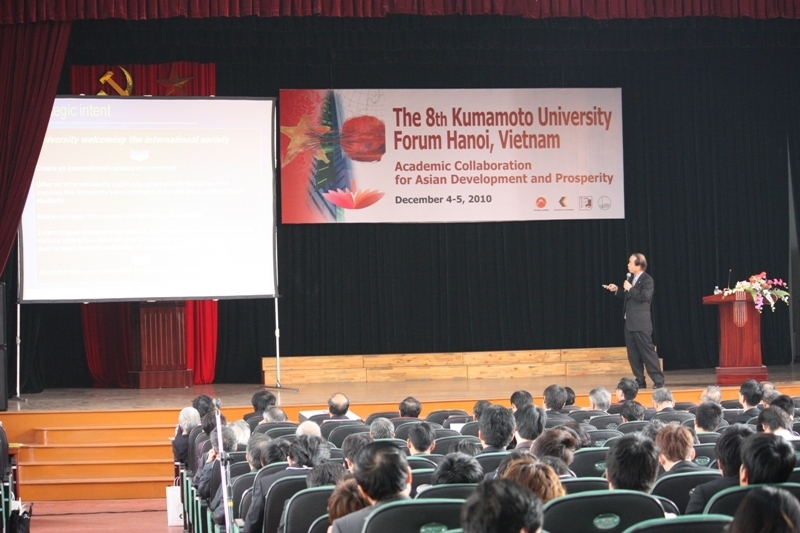 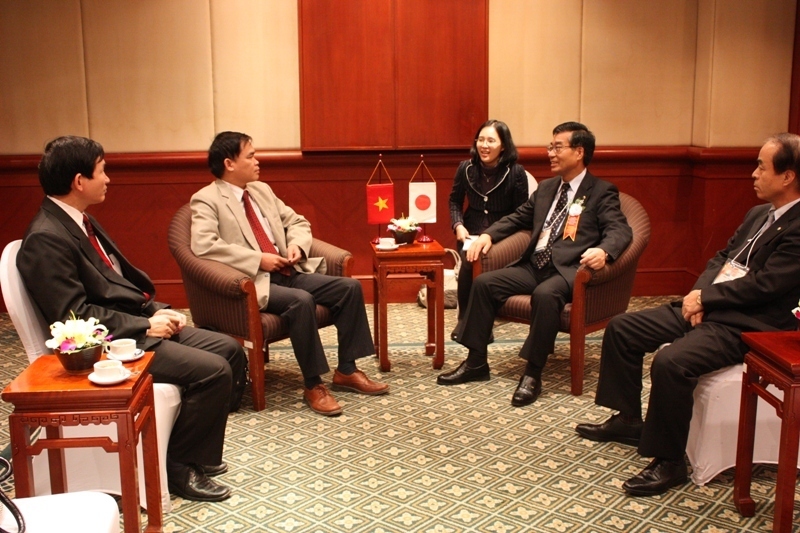 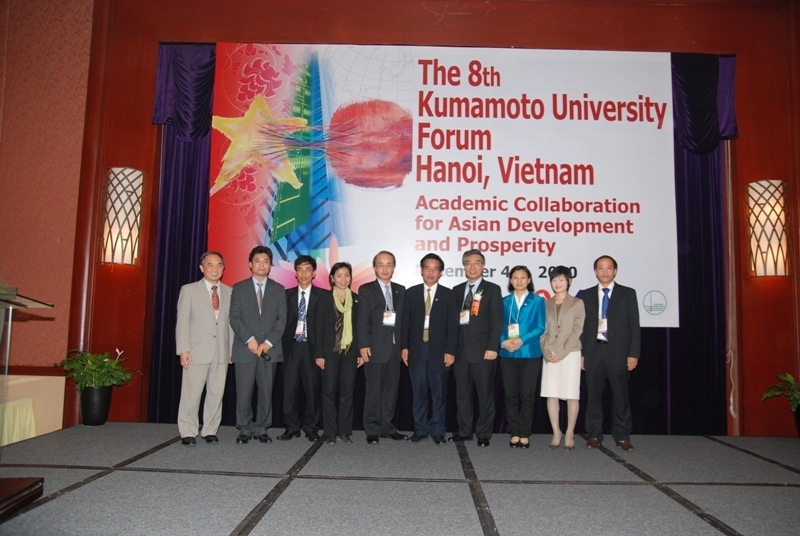