Closing in on complete control over peritoneal dissemination of cancer.


Through an analysis of cellular components (cell fractions) from malignant ascites (fluid buildup in the abdomen caused by gastric cancer), a research collaboration based in Kumamoto University (Japan) has demonstrated that cellular senescence of cancer-associated fibroblasts (CAFs) play an important role in the peritoneal dissemination of gastric cancer foci (cells different from surrounding cells). This understanding should enable the development of new treatments for cancer dissemination in the peritoneum by targeting cancer cells at focal sites and CAFs in patients with gastric cancer.

CAFs are fibroblasts that make up the cancer microenvironment, the fluids and tissues surrounding cancer cells, and are known to secrete a variety of factors involved in malignant transformations. In this study, researchers used CAFs derived from post-operative specimens of scirrhous gastric cancer patients to mimic the inflammatory environment and found that CAFs cause cellular senescence due to the release of inflammatory substances (cytokines) from cancer and surrounding cells.

Senescent cells continue to secrete senescence-associated proteins that aid in cancer cell progression and are known to cause chronic inflammation. Thus, researchers focused on changes in the epigenome of CAFs as a mechanism for the chronic secretion of these proteins. A detailed genetic analysis revealed that CAFs that underwent cellular senescence showed characteristic changes in histone modifications resulting in the activation of genes that form cellular senescence-related substances. Senescent CAFs were found to continuously secrete senescence-related proteins that promote cancer progression. Furthermore, analysis of various cell fractions from malignant ascites from patients with scirrhous gastric cancer also revealed the presence of aging CAFs.

This research was posted in Cell Reports on 23 February 2021. 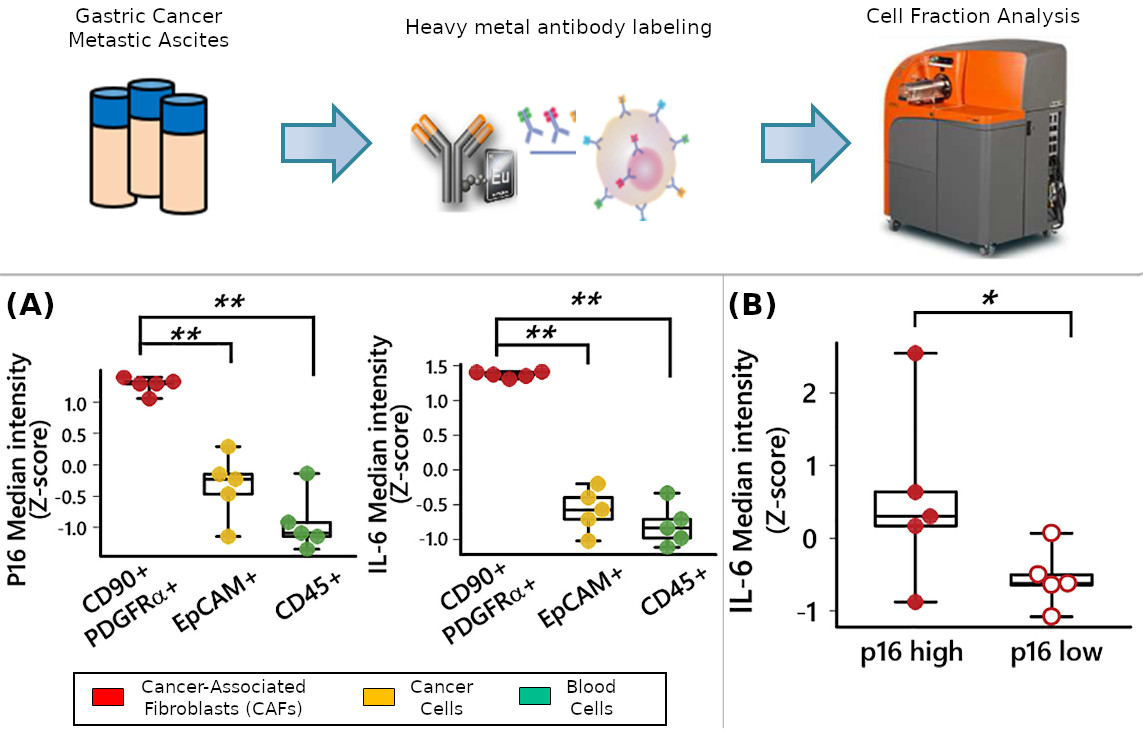 USAGE RESTRICTIONS:
(A) and (B) are adapted from Fig. 4(E and F, right) of Yasuda T. et.al., Cell Reports, 2021.
This image is made available under the terms of CC by 4.0. Any further distribution of this work must follow the terms of this license. 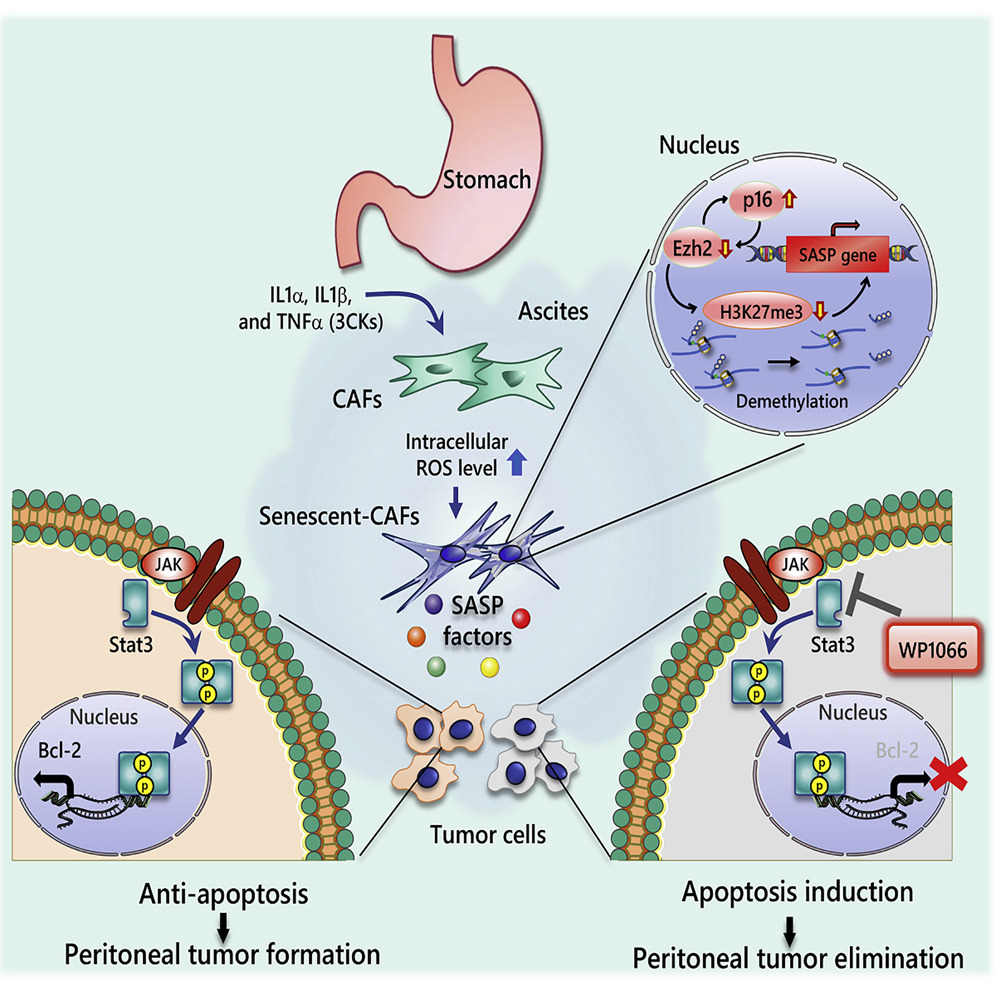 USAGE RESTRICTIONS:
Adapted from the graphical abstract of Yasuda T. et.al., Cell Reports, 2021.
This image is made available under the terms of CC by 4.0. Any further distribution of this work must follow the terms of this license.