The Kumamoto University Liaison Office at ITS has been used jointly as the Six National Universities Network (SUN) Surabaya Office of SixERS, which is expected to promote further interaction between Indonesia, SixERS (*1) and Japan since April 1, 2020.

Ms. Mia Hernawati, a member of the office staff who was a facilitator for this ceremony, showed a movie about ITS and the ITS office. After that, the SixERS partner universities each introduced their schools to Indonesian students who were interested in studying in Japan. Indonesian international students and alumni also attended our event in order to talk about their experiences studying in Japan. From Kumamoto University, Vice-President Otani and Dr. Risnandar (Senior Researcher at the Research Center for Informatics, Indonesia Institute of Sciences-Indonesia and Kumamoto University alumnus) introduced the benefits of Kumamoto University to Indonesian students.

Some 257 students attended our event. The many questions we received from them via the chatroom and online Q&A Link made us aware of the growing interest in studying in Japan.

It is hoped that further exchanges between Indonesian Universities and SixERS partner universities will result from this event. 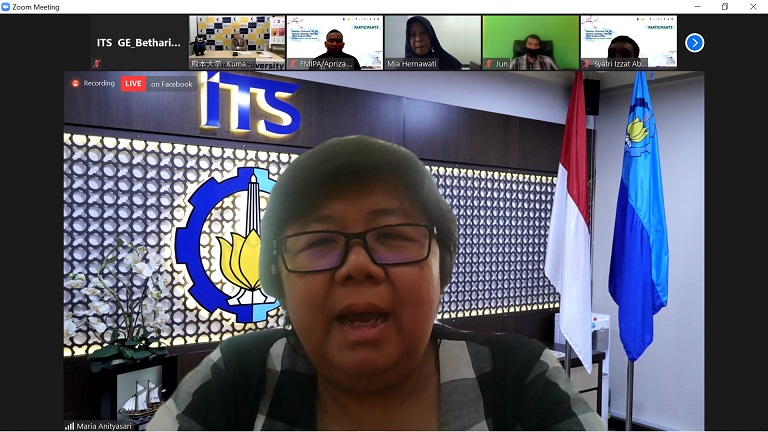 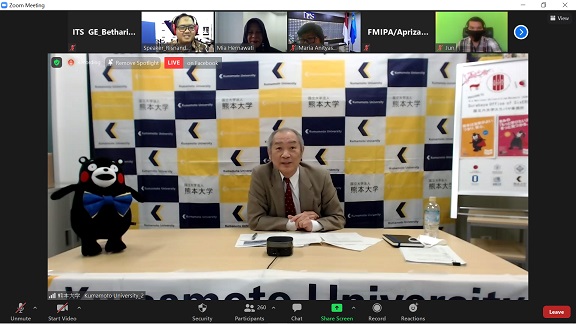 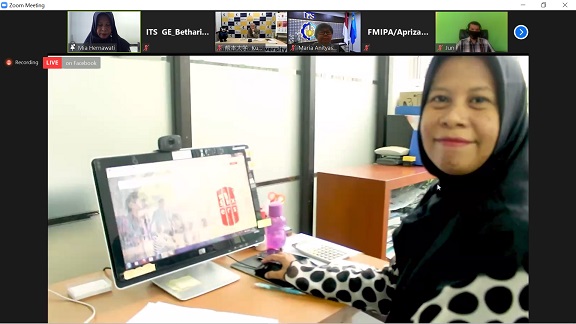 Ms. Mia Hernawati, staff member of the Surabaya office and facilitator for this ceremony 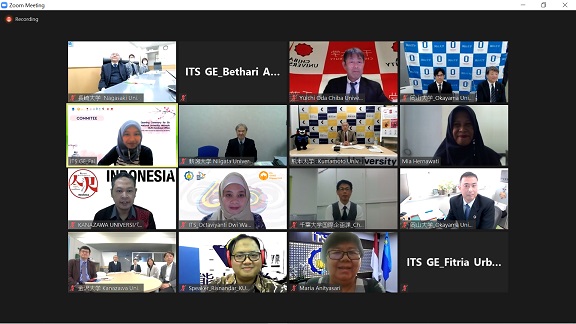 Group photo at the opening ceremony 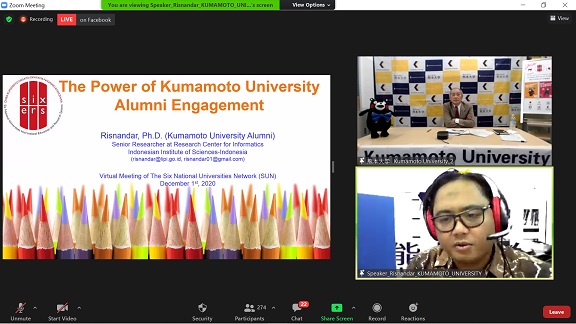 Introduction from Dr. Risnandar, as a Kumamoto University alumnus