Motile sperm are difficult to collect with a conventional cell sorter because they are vulnerable to physical damage. A research collaboration between Kumamoto and Kyoto Universities in Japan has developed a technique that uses a cell sorter with microfluidic chip technology to reduce cell damage and improve in vitro fertilization (IVF) rates. This research is expected to increase IVF rates to improve production of experimental animals and livestock, and could be used as a fertility treatment in human reproductive medicine.

It is important to select fertile sperm with good motility to obtain high IVF rates. Conventional cell sorters use flow cytometry to separate specific cells by type, and can be used to select sperm. However, since sperm cells are susceptible to physical damage, it is extremely difficult to separate them without effecting motility.

To reduce sperm cell damage, Professor Toru Takeo’s research team at Kumamoto University tried to develop a sperm selection technique using a cell sorter with microfluidic chip technology that reduces detrimental effects to cells. Microfluidic devices have minute channel structures with a width and depth between several to several-hundreds of micrometers and are widely used in chemical and biotechnology research.

While investigating the optimum separation conditions of sperm from a culture medium with their device, the researchers successfully collected mouse sperm that maintained motility. Furthermore, IVF using sperm collected with this device produced fertilized eggs and the embryos developed into neonatal mice after being transplanted into female mice.

This new technology can also be used to improve IVF. At the end stage of maturation, before egg penetration and fertilization, sperm undergo morphological and physiological changes called the acrosome reaction that makes them ready to fertilize an egg. To test whether they could increase fertility, researchers prepared a fluorescent substance that binds to fertile sperm and used the device to sort them from non-fertile sperm. Comparison IVF experiments revealed that the fertile sperm had a higher fertilization rate than the non-fertile sperm.

"We expect that our research can be used to increase the success rate of IVF in animals, and for fertility treatments in human reproductive medicine," said Prof. Takeo. "Combined with techniques for labeling sex chromosomes in sperm, we may even be able to selectively breed males or females in experimental animals and livestock."

This research was posted online in Scientific Reports on 1 June 2020.

[Fund(s)]
1) Cooperative Research Programme of Institute for Frontier Life and Medical Sciences at Kyoto University, 2) Research on Development of New Drugs from the Japan Agency for Medical Research and Development (AMED)
[Number(s)]
1) NA, 2) 16769865 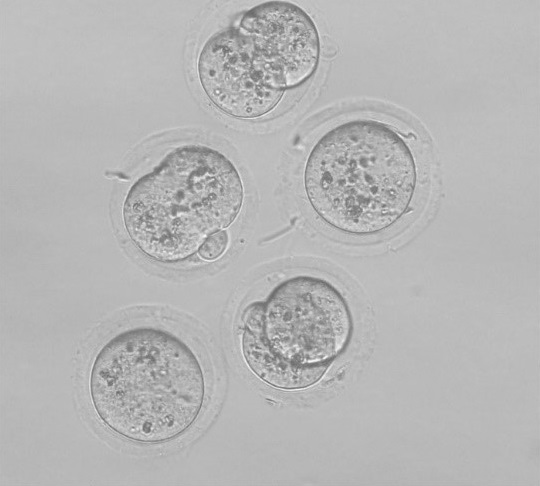 USAGE RESTRICTIONS:
Adapted from figure 2A of Nakao, S. et al.
This image is made available under the terms of the Creative Commons Attribution 4.0 International License. Any further distribution of this work must follow the terms of this license.