A big step forward in estimating the chemical composition of the Earth’s core.


Using the large synchrotron radiation facility SPring-8 in Japan, a collaboration of researchers from Kumamoto University, the University of Tokyo, and others from Japan and France have precisely measured the density of liquid iron under conditions similar to those at Earth’s outer core: 1,000,000 atm and 4,000 degrees C. Accurate density measurements of liquid iron under such extreme conditions is very important for understanding the chemical make-up of our planet’s core.

The Earth has a solid metal inner core and a liquid metal outer core located some 2,900 km (1,800 mi) below the surface, both of which are under very high pressures and temperatures. Since the main component of the outer core is iron, and its density is considerably lower than that of pure iron, it was thought to contain a large amount of light elements like hydrogen and oxygen. Identifying the type and amount of these light elements will allow for a better understanding of the origin of the Earth, specifically the materials that made up the Earth and the environment at the core when it separated from the mantle. However, this first requires an accurate measurement of the density of pure liquid iron at extreme pressure and temperature similar to the molten core so densities can be compared.

The current work improves upon these measurements by using the high-intensity X-ray at the SPring-8 facility to measure the X-ray diffraction of liquid iron under ultra-high pressures and high temperatures, and applies a novel analytical method to calculate the liquid density. Additionally, the sound speed profile of the liquid was measured under extreme conditions up to 450,000 atm. Data was collected at various temperatures and pressures then combined with previous shock-wave data to calculate density for conditions over the entire Earth's core.

Currently, the best way to estimate the density of the Earth's outer core is from seismic observations. Comparing the outer core density to the experimental measurements in this study finds that pure iron is about 8% more dense than that of the Earth's outer core. Oxygen, which has been regarded as a major impurity in the past, cannot explain the density difference, suggesting the presence of other light elements. This revelation is a big step towards estimating the chemical composition of the core--a first-class problem in Earth Science.

"Worldwide, many attempts to measure the density, speed of sound, and structure of liquids under ultrahigh pressures using laser-heated diamond cells have been made for over 30 years, but none have been successful so far," said Dr. Yoichi Nakajima, one of the main members of the research collaboration. "We expect that the technological innovations achieved in this study will dramatically accelerate research on liquids under high pressures. Eventually, we believe that this will deepen our understanding of the liquid metallic core and magma deep within the Earth and other rocky planets."

This research was posted online in Physical Review Letters on 23 April 2020 as a “particularly noteworthy paper” from the suggestion of PRL editors. 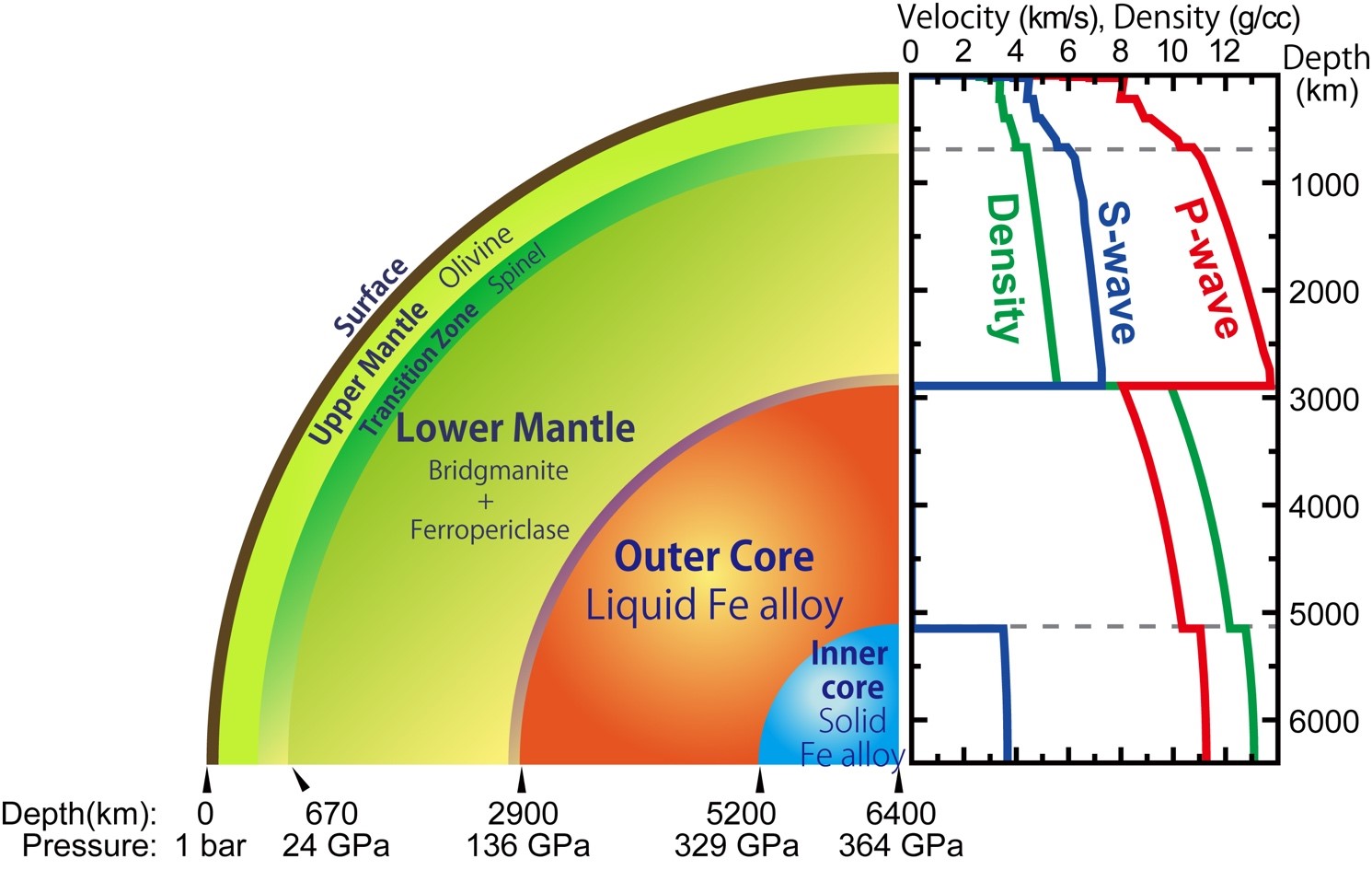 Interior of Earth with sound velocity and density profiles

Our planet has a layered structure of silicate mantle and metallic core. The liquid outer core is located 2900 km below the surface where the pressure and temperature are extremely high, >136 gigapascal (1.36 million atmospheres) and >4000 C. The sound speed and density profiles of the deep-interior of our planet is given by seismological observations.

USAGE RESTRICTIONS:
This image appeared originally in research news regarding Dr. Nakajima’s work at RIKEN (Japan). Further use must comply with RIKEN’s Terms of Use for reproductions. 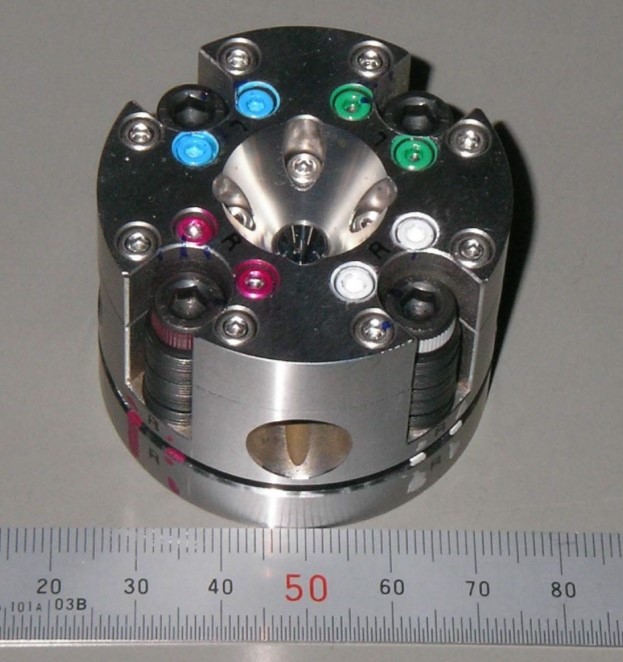 A metal sample is placed inside a rhenium gasket with thermal insulators, squeezed between two diamonds to generate high pressure, and heated with a near-infrared laser. Density measurements under such high-pressure and high-temperature conditions are made by irradiating the sample with x-ray beams.