-Clarifying the mechanisms for meiotic recombination in sperm production-


A research group from the Institute of Molecular Embryology and Genetics (IMEG) at Kumamoto University, Japan has discovered that the gene C19ORF57 plays a critical role in meiosis. The gene appears to be related to the cause of male infertility and could be a big step forward for reproductive medicine.

Meiosis is a specialized type of cell division that generates sperm or eggs. During Meiosis, genetic information is exchanged between maternal and paternal chromosomes through meiotic recombination. This process introduces genetic differences to the next generation.

Previously, the same group discovered the Meiosin gene which acts as a switch to turn on meiosis as well as hundreds of other genes in the process. However, the functions of all the other genes have not yet been fully elucidated. The C19ORF57 gene is one of those controlled by MEIOSIN and its function was unknown until now.

The researchers set out to clarify the role of C19ORF57 in meiosis. Using mass spectrometry, the group found that it binds to breast cancer suppressor BRCA2, a protein that is known to play a role in repairing damaged DNA. This data suggests that C19ORF57 and BRCA2 function together in germ cells.

Further evidence showing cooperation between C19ORF57 and BRCA2 was found through microscopic imaging. The researchers discovered that C19ORF57 goes first to damaged DNA sites and then recruits BRCA2 to the same position on the chromosomes.

Using genome editing technology to artificially inhibit the C19orf57 gene in mice, researchers found that the male animals became infertile because meiotic recombination did not complete and sperm were not produced. Further analysis of male gonads revealed that the gene plays an essential role in repairing damaged DNA.

There are many unknown causes of human male infertility and this finding potentially reveals a new pathology. Even though these experiments were performed on animal models, the C19ORF57 gene is present in humans. Therapies and diagnostics developed from this research could ensure meiosis quality and decrease the instances of complications.

This research was posted online in Cell Reports on 26 May 2020.

A 5-minute video introducing this research can be found here: YouTube 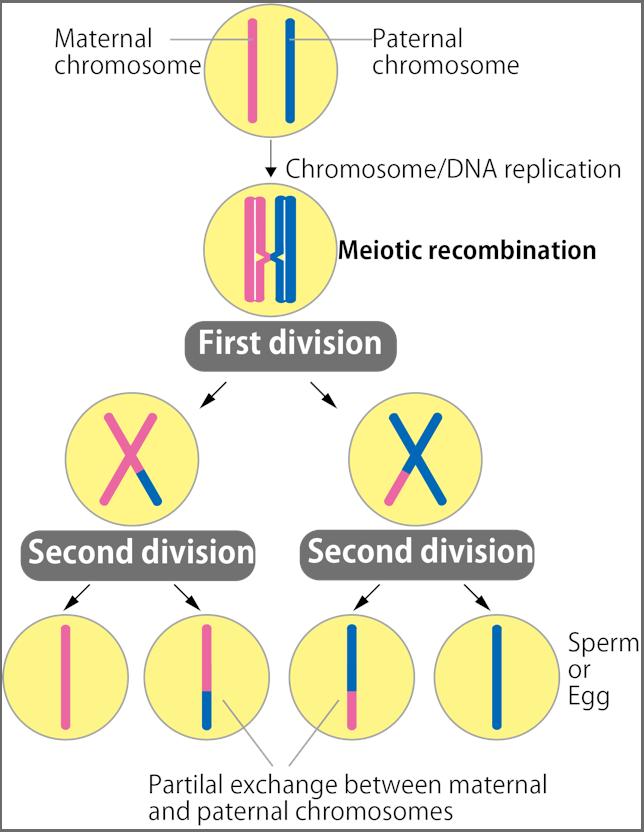 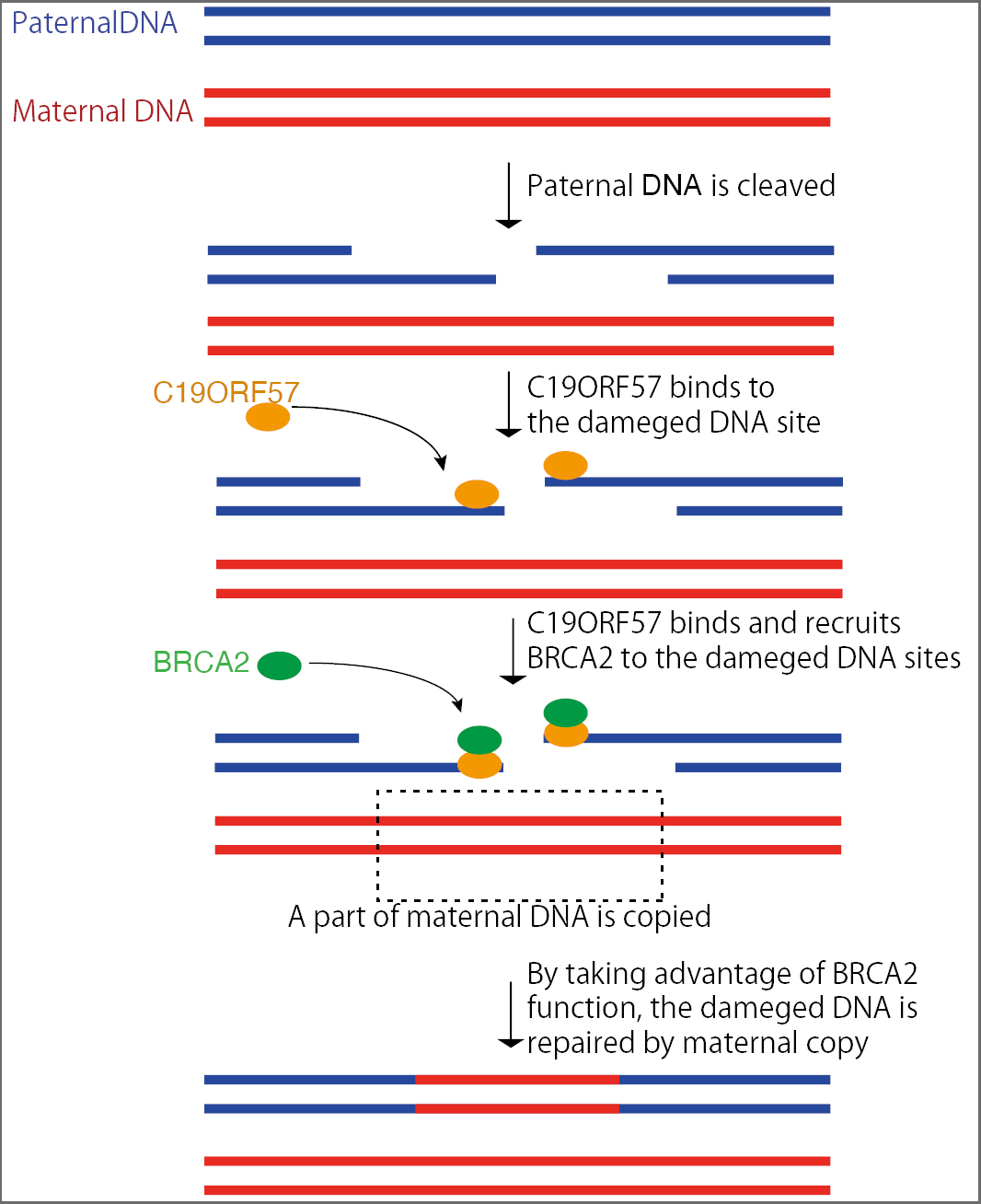 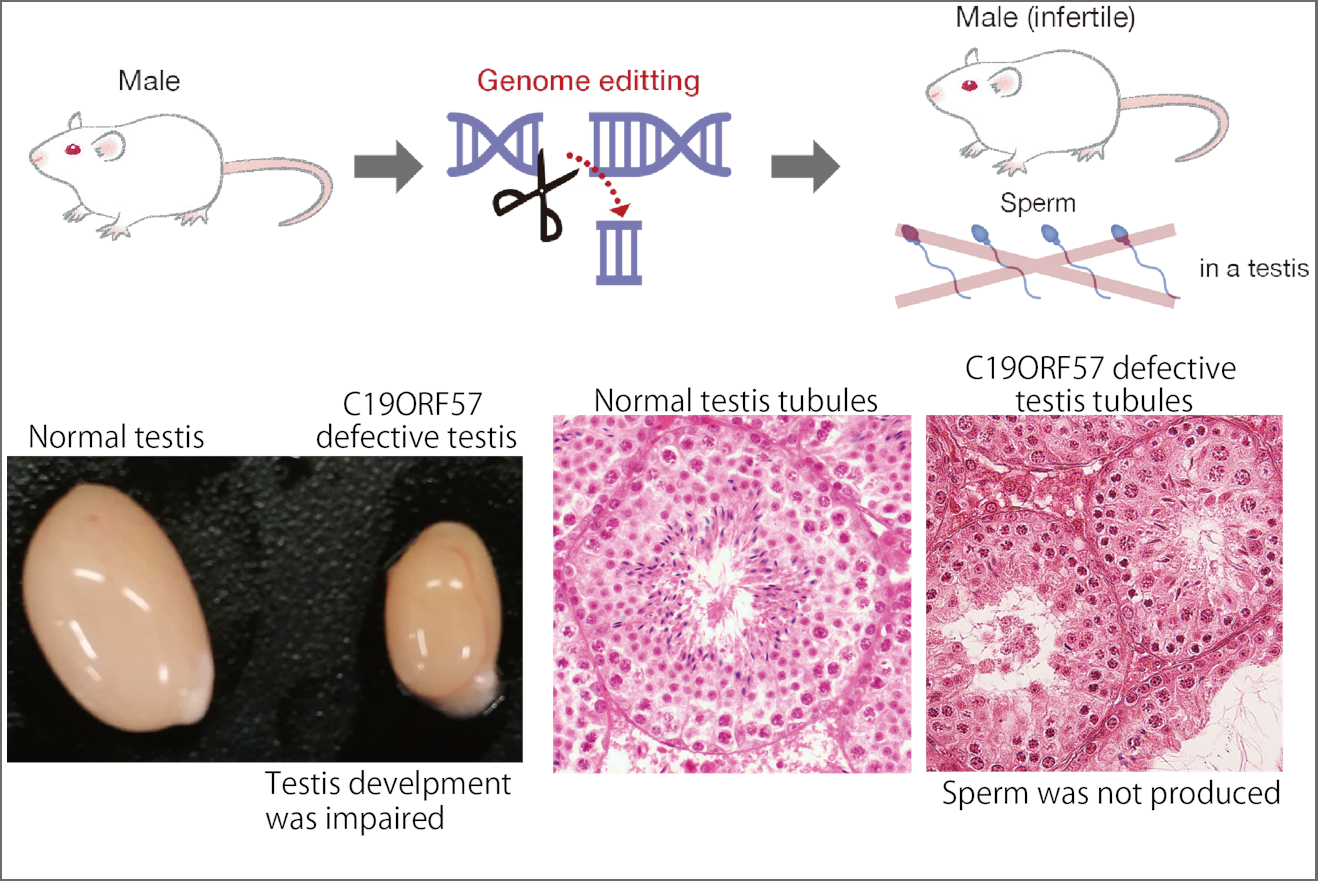 Inhibition of the C19ORF57 gene causes male specimens to become infertile
Reproductive medicine researchers from Kumamoto University (Japan) performed genome editing experiments to verify that the C19ORF57 gene was indeed required for male fertility. When they removed the gene in a murine experimental model, testis were smaller compared to those of normal males, and sperm were not produced in testis tubules, making them infertile.

[Restrictions]
This image may only be used in conjunction with the accompanying release, or stories written about the work described in the release with reference to the original work.