Using microscopic video analysis, a research group from Kumamoto University, Japan has provided deeper insight into the mechanics of plant cell division. The video reveals that the shape of phragmoplasts--cell structures that create the partition between two dividing plant cells--is controlled by actin filaments.

The discovery was made while the researchers were analyzing phragmoplast behavior during cytokinesis: the point in cell division where daughter cells physically separate. They noticed a change in the phragmoplast shape that could only be seen for about 30 seconds in the video. Even though plant cell division mechanisms have been thoroughly studied, the role that actin filaments play in the process appears to have been previously overlooked.

During plant cell division, a partition called a cell plate appears between two chromosomes and expands to divide the cell into two. This cell plate is created by the phragmoplast, which appears only during cell division and contains microtubules and actin filaments. Microtubules were known to play a major role in the formation of the phragmoplast, as destroying them with chemicals results in non-formation of the cell plate. On the other hand, the role of actin filaments was not well understood, since their destruction does not cause any noticeable change in phragmoplasts or cell plates.

"This discovery has shed some light on the role of actin filaments during plant cytokinesis. Actin filaments were found to be present in phragmoplasts about 35 years ago, and a lot of research has been done since then, but there appears to be no report on this phenomenon,” said Dr. Higaki. “This is probably because recent time-lapse image analysis technology has improved and is now able to capture subtle differences in a short time; these were very difficult to notice with conventional observation methods. We advocate "imaging biology" that utilizes image analysis technology in biology, and we hope to keep finding new phenomena with a similar research approach."

This research was posted online in "Plant and Cell Physiology" on 7 February 2020.

[Image details]
CREDIT: Associate Professor Takumi Higaki
USAGE RESTRICTIONS:
This image may only be used in conjunction with the accompanying release, or stories written about the work described in the release with reference to the original work. 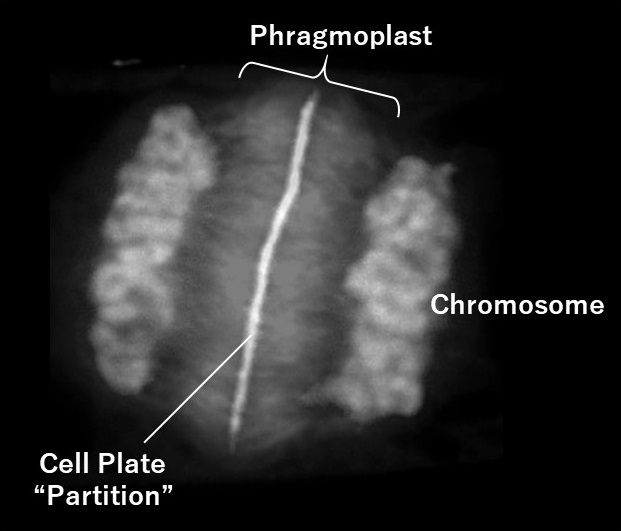 The cell plate emerging within the phragmoplast. 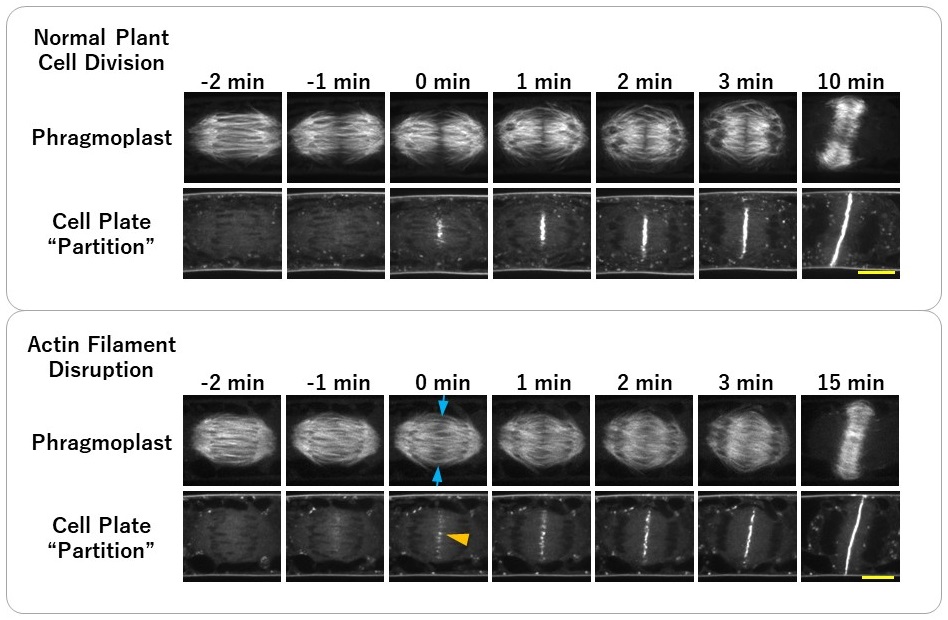 The time at which the cell plate was created is at 0 minutes. The scale bar at the bottom right (yellow) is 10 microns.