Researchers at Kumamoto University have developed a new technique to improve the efficiency of rat sperm cryopreservation, a process that is usually extremely difficult. Their technique makes it possible to produce more than 300 offspring from one male rat through in vitro fertilization using frozen sperm. It can be used to maintain specific strains of genetically modified rats that are in high demand for medical research.

Rat spermatozoa are two to four times larger than that of other animal species and are easily damaged by changes in pH, osmotic pressure, and temperature. Because these animals are very frequently used in medical research, a cryopreservation method was developed nearly 20 years ago. However, rat spermatozoa motility after thawing is extremely poor, and unless artificial insemination is performed at night (10:00-11:00 pm) no offspring will be produced. Furthermore, the number of offspring produced after successful artificial insemination is often lower than normal so the cryopreservation of rat sperm is not typically considered practical.

To improve cryopreservation methods, Professor Nakagata and Dr. Takeo of the Center for Animal Resources and Development (CARD) at Kumamoto University, Japan have been searching for methods to retain sperm mobility after thawing. They knew that the freezing process significantly reduced sperm motility, so they attempted to chill the sperm first to reduce movement as much as possible before freezing.

They tested their cryopreservation method on a type of genetically modified rat (EGFP rat) sperm that emits green fluorescence and then used it for in vitro fertilization. Surprisingly, the fertilization rate exceeded 80% and the experiment successfully produced over 300 offspring from the sperm of one male rat.

"Compared to mice, rats are about ten times the size, require a larger housing space, and simply cost more to keep. There is a need to reduce the amount of space they take up and their cost for research labs," said Professor Nakagata. "Our cryopreservation technique is likely to be very useful in the preservation of genetically modified rat strains. We believe that it could become a new global standard for research resources."

This research was posted online in "Scientific Reports" on 9 January 2020. 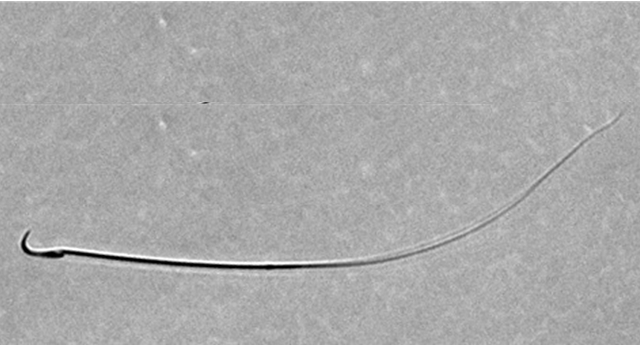 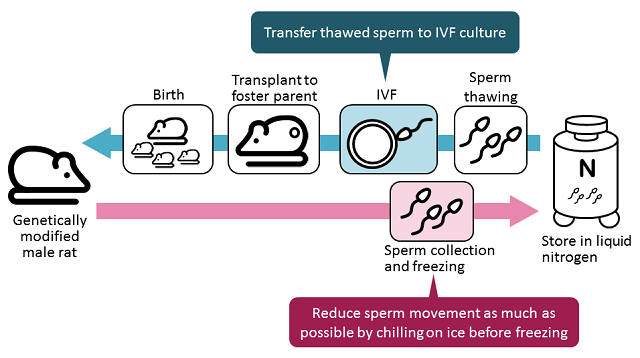 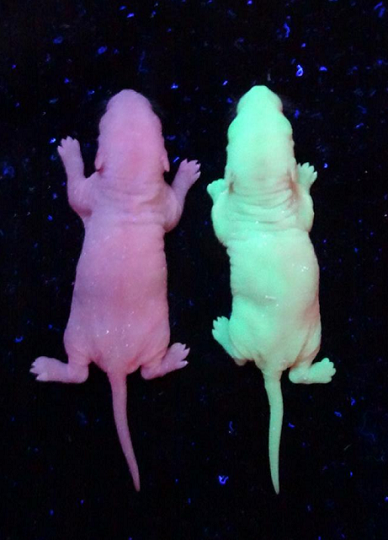