Dr. Jean-Christophe Auffray, Counsellor for Science and Technology at the Embassy of the French Republic in Japan, and Airy Quillere, Attache of University Cooperation, paid a courtesy call on President Shinji Harada on October 16th, 2019.

During the talk with President Harada, the history of exchange in recent years between Kumamoto University and French partner universities was discussed, the importance of exchange between researchers and students was confirmed, and ideas were put forth regarding future exchanges.

On the same day, at the College of Cross Cultural and Multidisciplinary Studies on the Kurokami North Campus, the Campus France - French Study Abroad Bureau held an event to promote study in France for Japanese students. Both the Counsellor and Attache delivered lectures on studying in France.
This courtesy call was a great opportunity for the French Embassy to deepen their understanding of our university, and for our students to get information about studying in France. 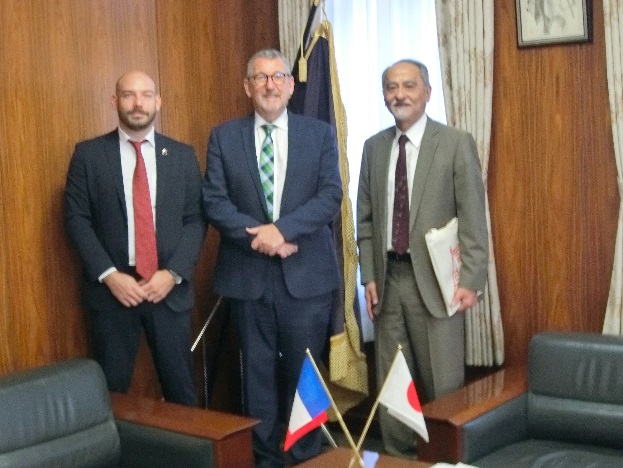