Nanosecond pulsed electric fields (nsPEFs) produce strong electrical effects by focusing a high powered electrical pulse over a very short period of time. They are attracting attention as a method of physically stimulating matter in various fields, particularly in the life sciences. Recently, researchers from Kumamoto University in Japan found that stimulating immune cells with nsPEFs can causes them to respond as if they were being stimulated by bacteria.

Researchers from the Institute of Pulsed Power Science (IPPS) selected a human leukemia cell line that is frequently used to study blood cell differentiation, the HL-60 cell line, to test the effects of nsPEFs on immune cells. First, they differentiated the cells into neutrophils, the most abundant type of white blood cell. Neutrophils play an important role in the immune system because they use phagocytosis, secretion of antimicrobial proteins, and neutrophil extracellular traps (NETs) to kill bacteria infecting the body. NETs are created from neutrophil DNA that is released from their nucleus. This then forms an extracellular fibrous network that entraps bacteria and increases the local concentration of antimicrobials.

The researchers then analyzed neutrophil and undifferentiated HL-60 cell responses to nsPEF exposure where they observed chromosomal DNA being released from neutrophils and a special modification reaction called citrullination occurring in histones. Since these reactions only occurred in the neutrophils, the researchers considered these cellular responses to be equivalent to the formation of NETs that form when neutrophils are stimulated by bacteria. In other words, they seem to have found a way to stimulate neutrophils using nsPEFs to cause an immune cell response to bacteria without actually using bacteria.


"Many studies have shown that nsPEFs are promising for cancer treatment applications," said study leader, Professor Ken-ichi Yano from Kumamoto University’s IPPS. "Our research has shown that nsPEFs can also be used to stimulate cells to determine their function. We believe this has a wide range of potential biomedical applications."


This research was posted online in Scientific Reports on 11 June 2019.

1) KAKENHI, 2) The NOVARTIS Foundation (Japan) for the Promotion of Science 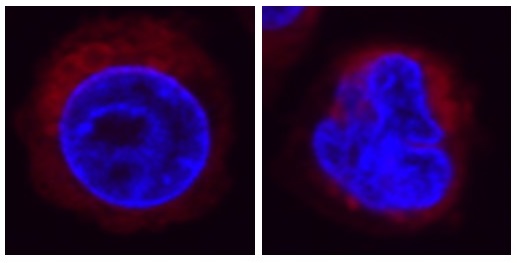 
Fluorescent staining of cell DNA in blue and mitochondria in red. (Left) Nuclei of HL-60 cells typically have a round shape. (Right) Nuclei are deformed in HL-60 cells that are differentiated into neutrophils. 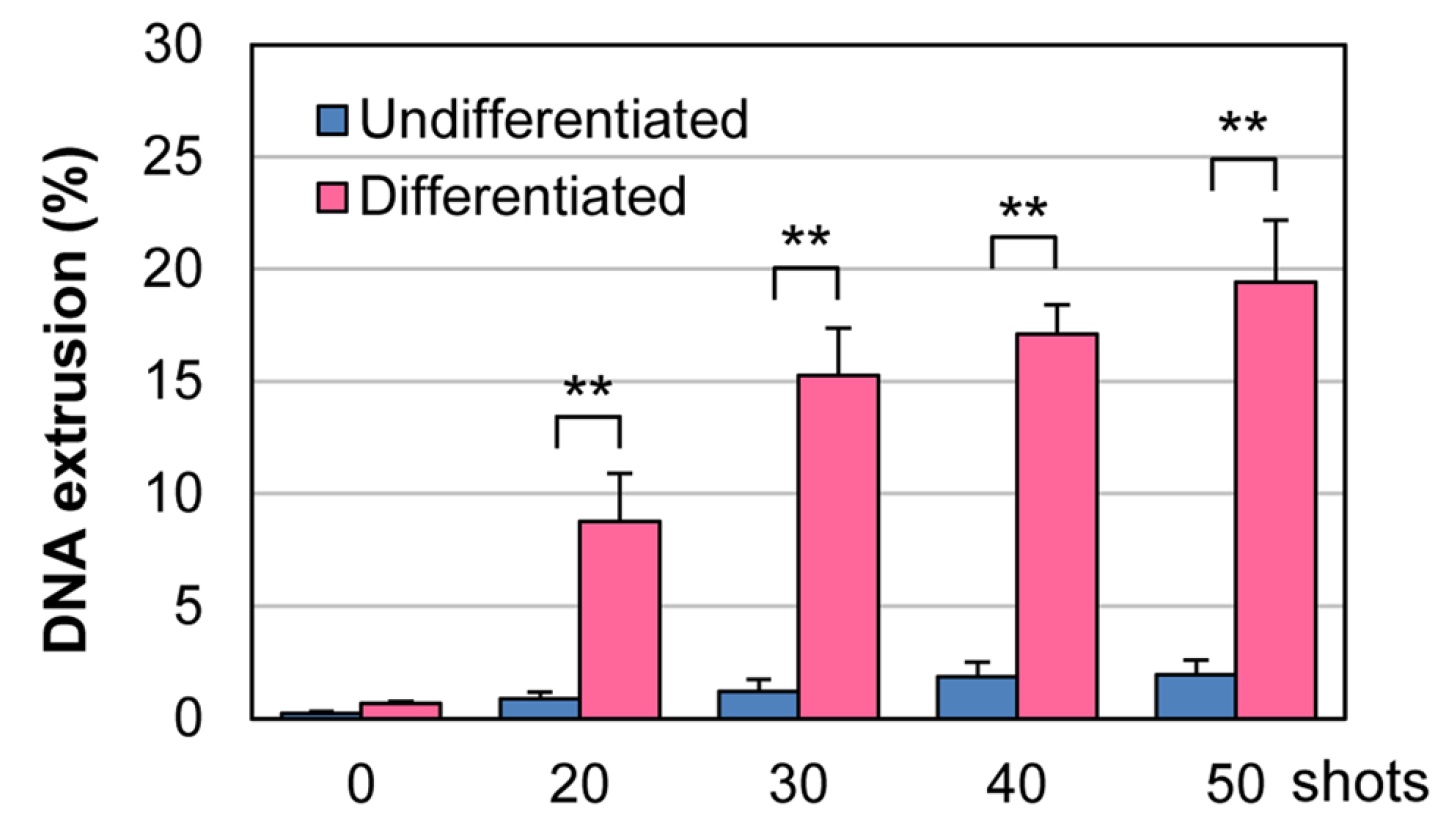 
The cells were treated with nsPEFs as indicated on the horizontal axis, and the DNA released from the cells was measured. In neutrophils, the DNA is released extracellularly.

CREDIT: Prof. Ken-ichi Yano
USAGE RESTRICTIONS: This image is made available under the terms of a Creative Commons Attribution 4.0 International License. It is adapted from figure 4B of this Scientific Reports research article. 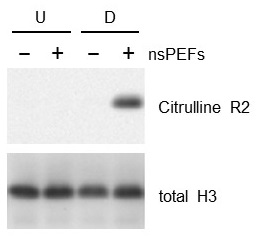