Ancient Japanese pottery includes an estimated 500 maize weevils -The rare discovery of a vessel with a high number of weevils provides clues to life in ancient Japan.-

Researchers discovered an estimated 500 maize weevils incorporated into an ancient Japanese pottery vessel from the late Jomon period (4500–3300 BP). The vessel was discovered in February 2016 from ruins in Hokkaido, Japan. This extremely rare discovery provides clues on the cultivation and distribution of chestnuts, food in the Jomon era, and the spirituality of ancient Japanese people.

Maize weevils are beetles of the Dryophthorinae subfamily, and are destructive pests of stored rice and grains. By 2003*, Jomon-period pottery and pottery fragments containing foreign-body impressions had been collected by various researchers from multiple archeological sites around Japan. Surveys of these impressions exposed hundreds of seed and insect traces on and in the pottery. Over the years, researchers found that maize weevils constituted over 90% of all recorded insect impressions.

In 2010, Professor Obata’s KU research group found maize weevil impressions in 10,000 year-old pottery that had been recovered from the southern Japanese island of Tanegashima. They showed that maize weevils, which were thought to have come from the Korean Peninsula, had damaged stored food, such as acorns and chestnuts, long before rice cultivation began in the area.

In 2012*, the KU research group found maize weevils impressions in pottery fragments from the Sannai-Maruyama site in the northern Japanese prefecture of Aomori. The fact that weevils inhabited an area with a cold winter is an indicator for the distribution food by humans and a warm indoor environment that persisted throughout winter. It is presumed that weevil infestation of stored food was well underway in the Jomon period.

Continuing their study of pottery from northern Japan, Professor Obata’s team discovered the first maize weevil impressions from Hokkaido, and in February of 2016 discovered a pottery vessel that contained a large number of maize weevils. X-ray CT scans were taken to count insect cavities and revealed that 417 adult maize weevils were contained in the remaining parts of the pottery. In addition, if all of the missing pieces were accounted for, it is estimated that up to 501 weevils were mixed into the clay and appeared in the vessel when it was whole.

Chestnuts are not native to Hokkaido and previous studies surmised that people carried them to the northern Japanese island. The discovery of weevils at the Tatesaki archaeological site in Hokkaido is evidence that the Jomon people of Tohoku (south of Hokkaido) carried supplies, including chestnuts infested by weevils, over the Tsugaru Strait by ship.

"The meaning of a large amount of adult maize weevils in pottery was not touched upon in detail in my paper," said Professor Obata. "However, I believe that the Jomon people mixed the weevils into the pottery clay with the hope of having a good harvest."

This research result was posted in the "Journal of Archaeological Science: Report" on the 13th of November 2018.

*References only available in Japanese and may be found in the translated version of this release.


[Paper Info]
TITLE:
Discovery of the Jomon era maize weevils in Hokkaido, Japan and its mean.

(Left) A living maize weevil.
(Right) Image of a maize weevil impression from the surface of a pottery fragment. 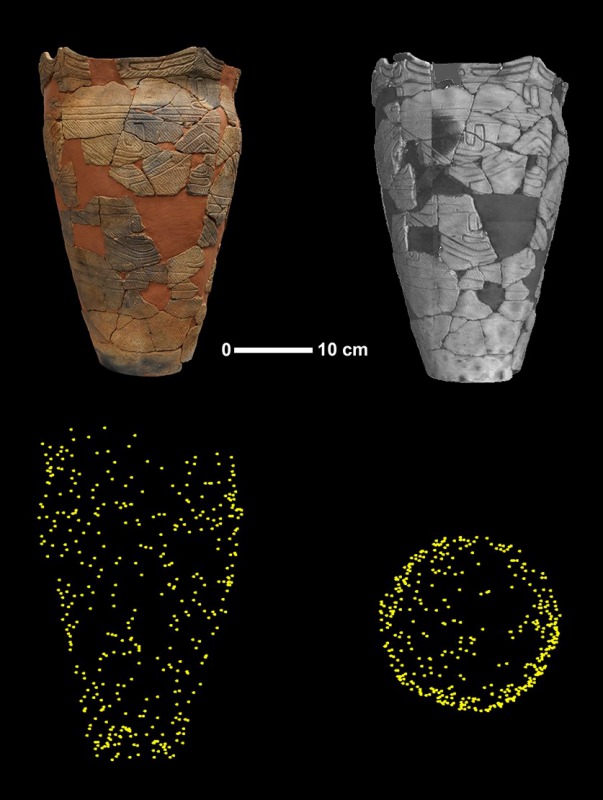 Excavated pottery and the location of maize weevils 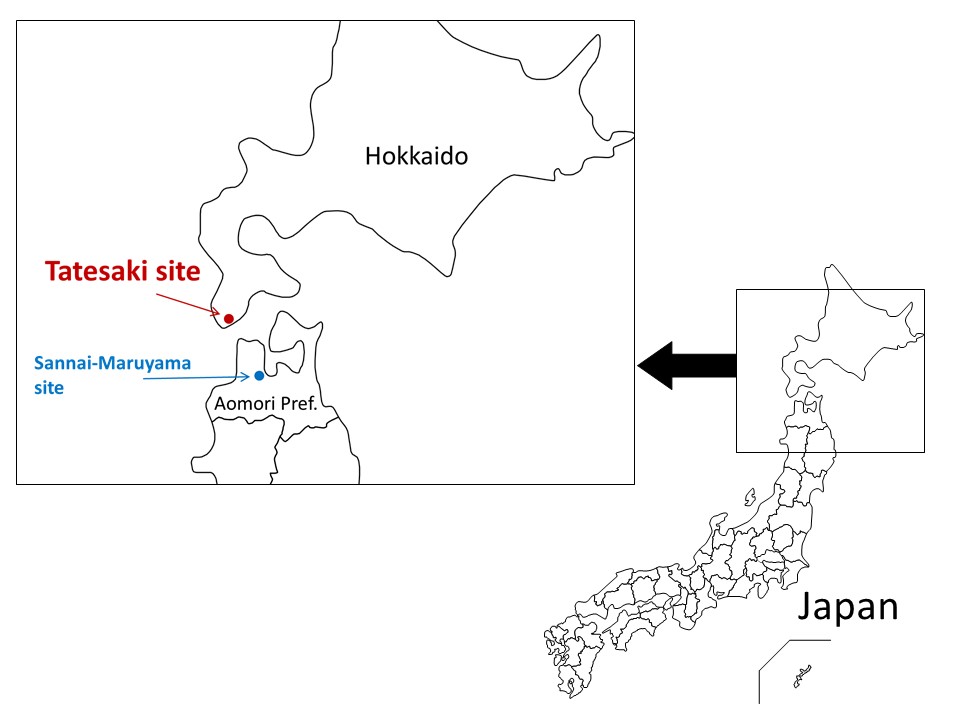 To import chestnuts not native to Hokkaido (Tatesaki archaeological site), it would have been necessary to cross the sea (Sannai-Maruyama site in Aomori prefecture).