Graphene is a sheet of carbon that is only one atom thick, and it has drawn worldwide attention as a new material. A research group from Kumamoto University, Japan has discovered that pressure can be generated by simply stacking graphene oxide nanosheets, a material that closely resembles graphene. They also found that the pressure can be increased by reducing the interlayer distance through heat treatment. It is an innovative approach for applying high pressure without using an enormous amount of energy.

The 2010 Nobel Prize in Physics was awarded to two scientists, Andre Geim and Konstantin Novoselov, for groundbreaking graphene experiments. The carbon material is very thin, strong, flexible, and has high electrical conductivity. Oxidized graphene nanosheets have many oxygen functional groups at the front and back of graphene, and previous research has shown that if several layers of oxidized graphene nanosheets are heat treated, the interlayer distance shrinks as oxygen functional groups are eliminated.

This led the researchers at Kumamoto University, Japan to consider that reducing the interlayer distance of graphene oxide nanosheets, could allow it to be used as a compressor that applies pressure to a substance sandwiched between the sheets. To measure pressure between nanosheets, they used molecular materials that change the electrical state of metal ions in response to pressure (spin crossover phenomenon). They observed an electrical state change of iron nanoparticles by sandwiching the material and measuring the spin crossover phenomenon between graphene oxide nanosheets.

As the interlayer distance becomes smaller, the pressure between layers rises. This means that the pressure value can be adjusted by the heat treatment temperature. The maximum pressure the researchers measured was 38 x 106 Pa (101,300 Pa at atmospheric pressure, or about 375 atm). Moreover, they found that pressure does not occur unless the nanosheets are properly stacked.

"There are several examples of special materials that cause compression by just sandwiching or wrapping, similar to our results here," said Assistant Professor Ryo Ohtani of Kumamoto University, who led the study. "But, as far as we know, this graphene nanosheet is the first example in the world with the ability to adjust applied pressure by simply changing the heat treatment temperature. We expect that this "nano-compressor" will lead to new developments from fields such as material chemistry or physics. Particularly since this technique produces high pressures that normally cannot be obtained without adding a large amount of energy."

This research result was posted online in "Scientific Reports" on 22 September 2017. 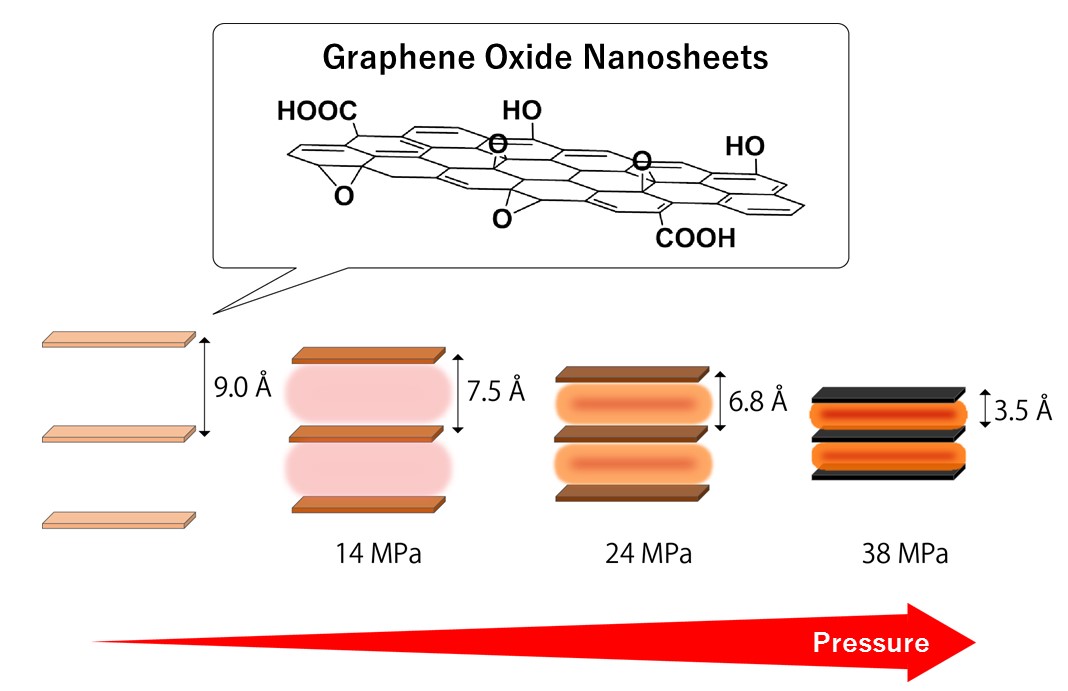 CREDIT:
Assistant Professor Ryo Ohtani
RESTRICTIONS:
This image may only be used in conjunction with the accompanying release, or stories written about the work described in the release with reference to the original work.