A recent environmental epidemiological study by Japanese researchers has shown that Asian sand particles blown to Japan from desert areas of the Asian continent are associated with the onset of myocardial infarction. In particular, the research reveals an increased likelihood that patients with chronic kidney disease are susceptible to myocardial infarction when influenced by Asian dust. The accumulation of knowledge on health aspects susceptible to the influence of Asian dust is expected to lead to the prevention of adverse health effects.

[Background]
The yellow sand in the desert area of the Asian continent (ex: Gobi Desert, Takla Makan Desert) is sometimes picked up and transported long distances with the seasonal wind. Since air pollutants and microorganisms adhere to the yellow sand during transportation, adverse health effects from dust exposure is a great concern. In Japan, allergies, respiratory diseases, and cardiovascular diseases are reported to increase as the dust passes over the nation. Cardiovascular diseases in particular are associated with an increase in Asian dust in Japan.

[Research Data]
The Japan Meteorological Agency announces incidents of Asian dust when an observer visually confirms that the air is turbid with Asian dust particles and the distance visible with the naked eye becomes less than 10 km (http://www.jma.go.jp/en/kosa/). During the research period from April 2010 to March 2015, there were 41 days in the Kumamoto district meteorological observatory that observed Asian dust.

To investigate whether there were more background factors susceptible to Asian dust, the researchers assigned 1 point for each of several categories: over 75 years of age, sex (1 point for being male), high blood pressure, diabetes, non-smoker, and chronic kidney disease. Patients with higher group scores (5 to 6 points) were shown to be more susceptible to Asian dust.

[Discussion and Future Prospects]
It is not yet known how much (or even how) yellow dust exposure is involved in the process of developing myocardial infarction. Even though adjustments were made to the concentration of air pollutants such as photochemical oxidants, nitrogen dioxide, and sulfur dioxide to eliminate their effects on the statistical model, the relationship between Asian dust and acute myocardial infarction remained. Asian dust consists of both relatively large particles and PM 2.5, which has been associated with acute myocardial infarction. Since the concentration of PM 2.5 was already high at the time of arrival of the Asian dust, researchers also analyzed its effects by excluding the influence of PM 2.5. The association was seen there as well meaning that particles with larger diameter than PM 2.5 may also be affected. Additionally, in patients with chronic kidney disease, adverse reactions such as oxidative stress or inflammation are progressing in the body so exposure to the Asian dust may bolster these reactions thereby causing acute myocardial infarction.

This research result was presented at the Hot Line of the European Cardiology Society held in Barcelona, Spain, at 11:30 AM (local time) on 29 Aug. 2017, and posted online in the "European Heart Journal 2017" on 29 Aug. 2017.
*The views expressed in this research are those of researchers, not of the Japan Ministry of the Environment. 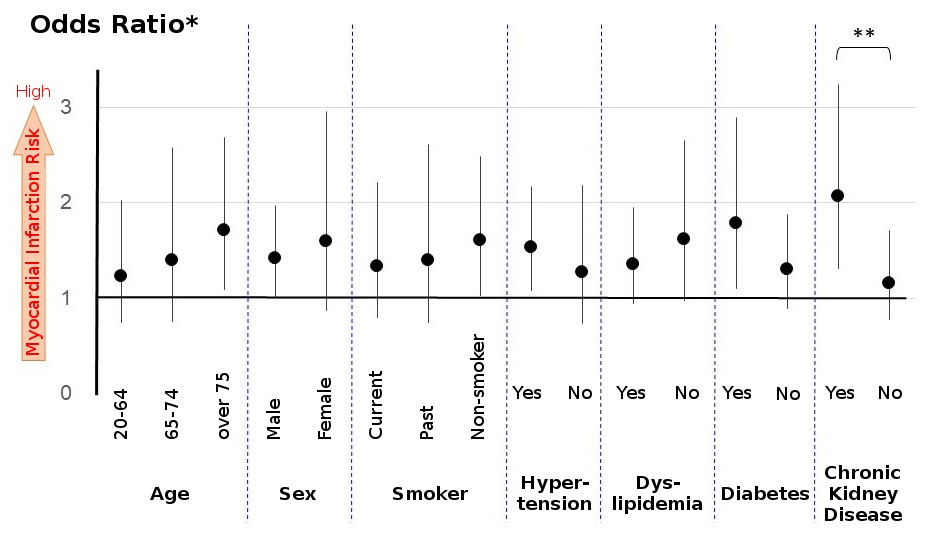 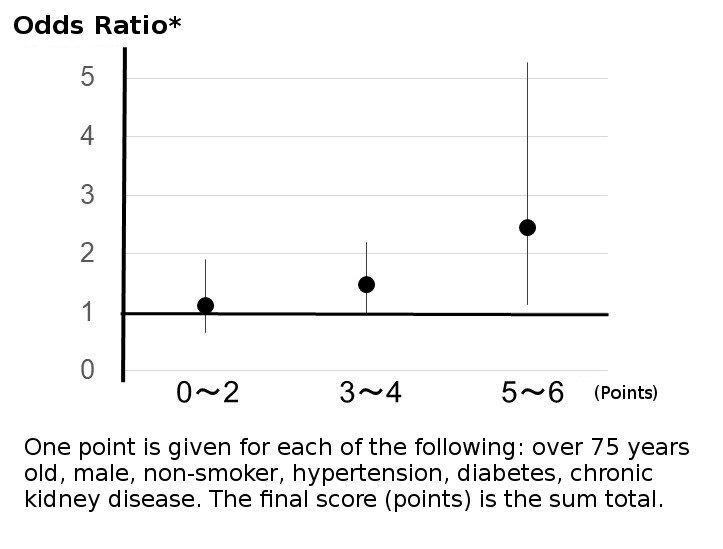 CAPTION:
Adjusted for Asian dust, temperature, and humidity on the day of and 2 to 5 days before myocardial infarction. Odds ratio 2.45, 95% confidence interval 1.14 - 5.27. Please note that scoring by background factor was developed for this research project and it is necessary to conduct a separate verification. 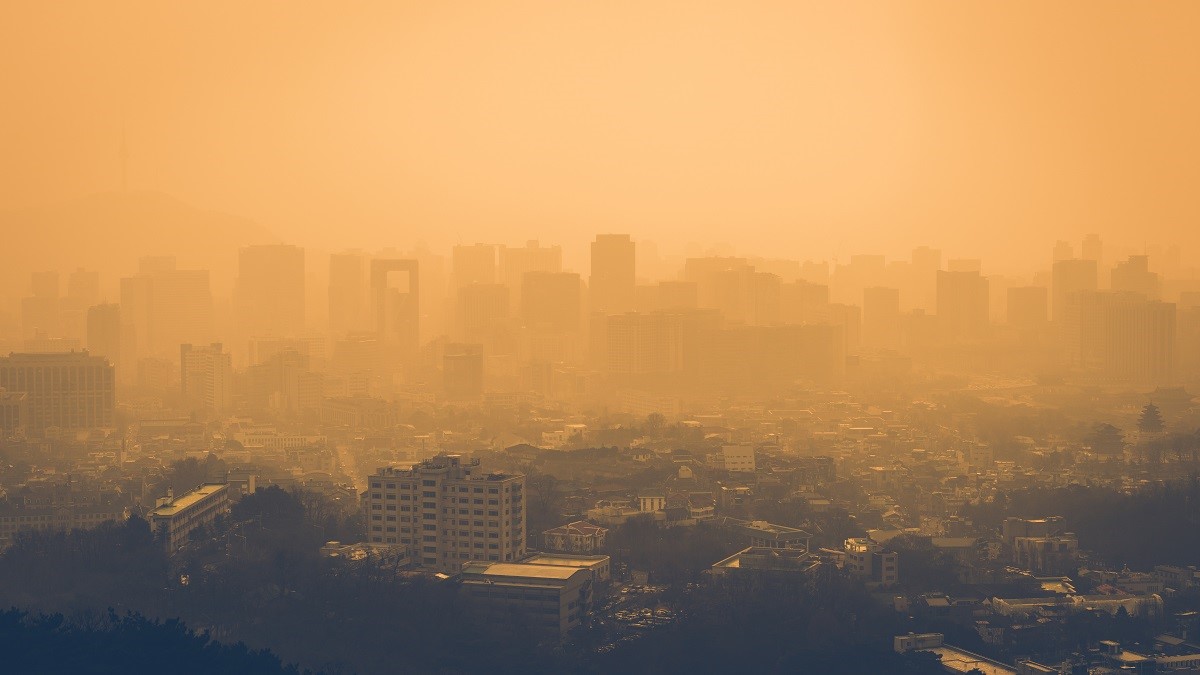 CAPTION:
Asian dust has been reported to result in a variety of health hazards.

<For all Images>
[Image details]
CREDIT: Dr. Sunao Kojima
USAGE RESTRICTIONS: This image may only be used in conjunction with the accompanying release, or stories written about the work described in the release with reference to the original work.