The history of wine in Japan is short, with full scale brewing beginning only 150 years ago. However, historical documents recently discovered by the Eisei-Bunko Research Center of Kumamoto University in Japan reveal that it began much earlier. The texts show that a lord of Kyushu, the southernmost of the four main islands of Japan, ordered his people to begin winemaking by writing that, "The season of winemaking has come," nearly 400 years ago.

The first time wine appears in Japanese literature is in 15th and 16th century trading documents, diaries, catalogues, and other texts. Christian missionaries and trade merchants delivered wine to Japan from Western Europe. Although it is just a drop in the glass of wine history, which dates back 5,000 years, wine continues to be imported into Japan as valuable luxury goods and gifts.

The Japanese period of national isolation, the policy the Tokugawa shogunate enacted to severely restrict overseas trade and diplomacy, lasted for more than 200 years. After it ended in 1866, Japan began rapidly adopting Western culture with full-scale wine brewing beginning in the 1870's. The first full-fledged brewing of Japanese wine was in Koshu City in Yamanashi Prefecture, where many farmers grew grapes for food and processing at that time. Until then, it is thought that wine imported from limited-trade counties, like the Netherlands, was drunk only by people of wealth and power, such as generals and lords.

However, a description of the order to start winemaking was recently discovered in historical records from 1628.

Which roughly translates to, “Since the winemaking season has come upon us, our Lord commands Tarouemon Ueda to brew it immediately after making the necessary preparations.”

The text was found written on housho, high-quality Japanese paper, in a format that was used to record and disseminate the orders of Japanese lords. The “lord" in the document was Tadatoshi Hosokawa who reigned the Kokura domain of northern Kyushu during that time in Japan. The record clearly shows that he ordered his liegeman, Tarouemon Ueda, to start making wine on the 28th of August, 1628. Then, on September 15th of the same year, he ordered Tarouemon to have another liegeman also begin winemaking.

These documents were found by Ms. Noriko Goto, a member of the Eisei-Bunko Research Center of Kumamoto University, where 58,000 historical literary manuscripts are safely stored for research and historical purposes. "In the ancient document, we can see records of wild grape collection for raw materials on September 15th, 1629, and of two barrels of wine which were brought to the lord on October 1st, 1629," said Ms. Noriko.

Since records from September 24th, 1628 also contained the order to, "Make and send wine to Edo (the central government) as was sent last year," it is obvious that wine was made at least in the previous year of 1627. Continuing to brew and send wine may indicate that they had a lot of confidence in their work, or that their reputation as winemakers was very good.

Additionally, a signed letter from Tadatoshi Hosokawa himself, in which he ordered the import of wine remained with the documents. It is believed that he loved wine very much since he not only imported it but also produced in his own territory.

Tadatoshi Hosokawa moved to the Kumamoto region, which is also on the island of Kyushu, in 1632. From that point, records of winemaking in the Kokura region have not yet been found.

"In the first half of the 17th century, Christianity was banned as a part of the isolation policy," explained Professor Tsuguharu Inaba of the research center. "While Christianity was forbidden and the isolation country was being completed, it seems that the making of wine, which has "Western" and "Christian" elements, had disappeared without spreading. It took about 250 years and the end of the isolation period before winemaking restarted in Japan. Currently, wine is made in several areas around the country. Unfortunately, historical documents have not yet been discovered about how wine of 400 years ago was manufactured."

It is hoped that a future discovery will allow us to have a taste of domestic Japanese wine similar to that which was brewed 400 years ago. 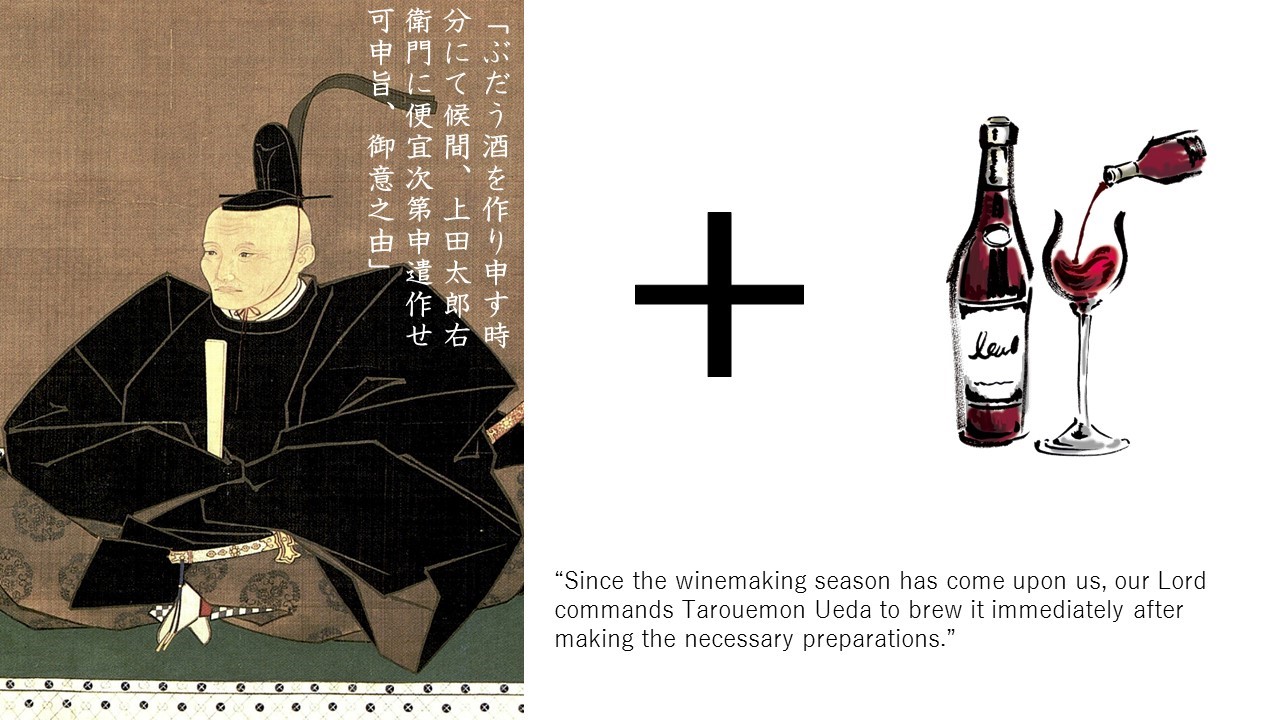 Title: Winemaking in Japan found to have begun at least 400 years ago.
Caption: Historical records from the Eisei-Bunko Research Center of Kumamoto University in Japan reveal that winemaking began in Japan nearly 250 years earlier than previously thought. The text shows that a Kyushu lord ordered preparations to begin since the winemaking season had arrived.

CREDIT: Professor Tsuguharu Inaba
USAGE RESTRICTIONS: This image may only be used in conjunction with the accompanying release, or stories written about the work described in the release with reference to the original work.
Eisei-Bunko Research Center
http://ewww.kumamoto-u.ac.jp/dept/eisei/