<NOTE>
To discover biomarkers useful in detecting pancreatic cancer, the researchers decided to analyze the genes of proteins which were reported to have higher expression in pancreatic cancer tissues, as candidates. They then tested a number of clinical specimens using two types of proteomics (large-scale protein analysis techniques) technologies and analyzed the changes of candidate proteins in the blood of both pancreatic cancer patients and healthy subjects. The blood samples were collected from 10 medical institutions around Japan.

"We selected 130 proteins and their expression levels were comprehensively measured in the blood plasma of 106 healthy subjects and 164 pancreatic cancer patients using antibody-based proteomics," said lead researcher Professor Sumio Ohtsuki. "As a result, we found 23 proteins that had significantly changed in the plasma between the two groups."

The researchers used a mass spectrometer and quantitative proteomics techniques to verify the pancreatic cancer biomarker candidates through accurate and specific measurements. In order to efficiently analyze a large number of clinical samples, they developed a technique using an automated sample preparation robot, a high-throughput liquid chromatography-mass spectrometer (LC-MS/MS), and auto-analysis software. The newly developed system can accurately analyze approximately 1000 samples per week while a conventional system could only assess around 80 samples.

Furthermore, researchers analyzed approximately 600 more samples which included various other forms of cancer. They revealed the potential of IGFBP2 and IGFBP3 to also be effective in screening for cancers such as stomach, gallbladder, colorectal, duodenal, and hepatocellular carcinoma.

"These diagnostic markers are expected to contribute to the improvement of cancer prognosis, because early detection provides patients with a better chance of complete cure through surgery." said Professor Ohtsuki. "Additionally, the new mass spectrometry system that we developed in this study is expected to make the analysis of a much large number of specimens possible in future clinical practice."


[Paper Infomation]
TITLE:
Identification of IGFBP2 and IGFBP3 as Compensatory Biomarkers for CA19-9 in Early-Stage Pancreatic Cancer Using a Combination of Antibody-based and LC-MS/MS-based Proteomics 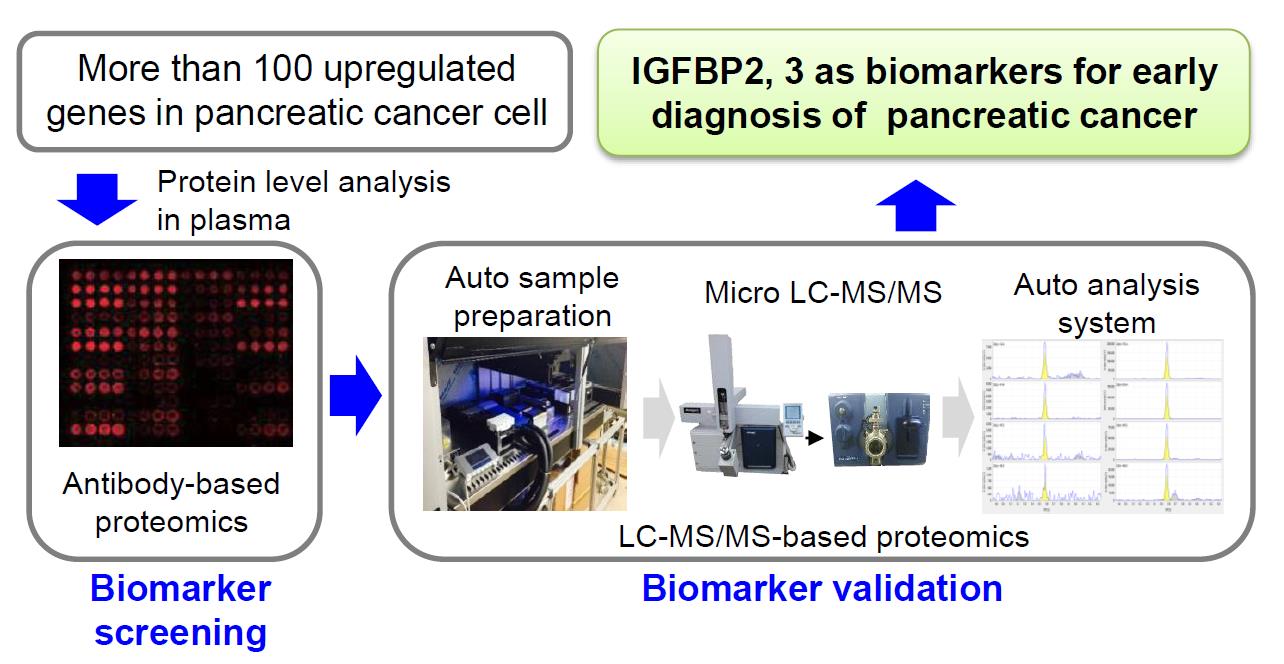 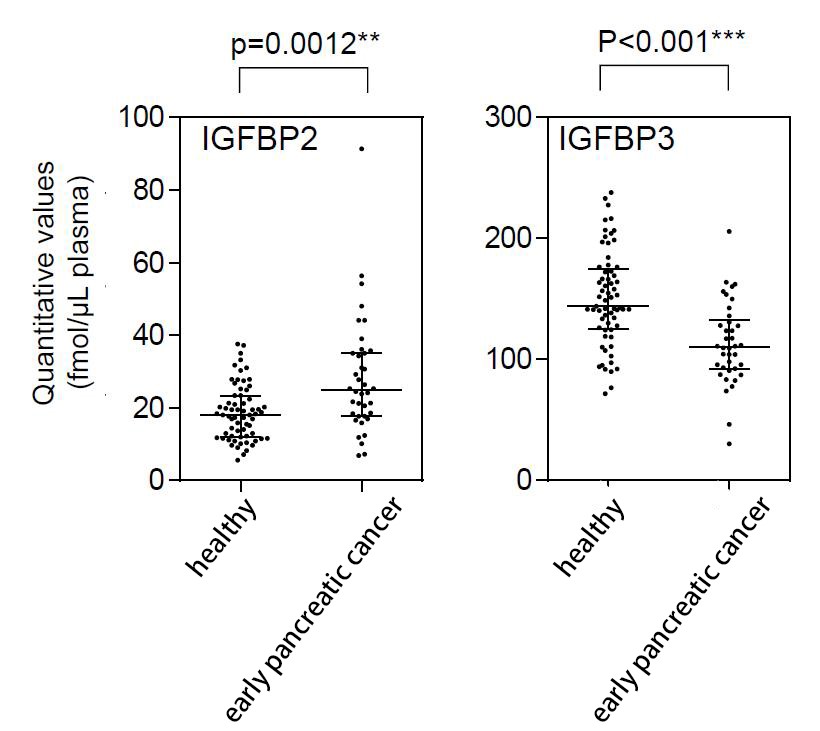 [For both images]
CREDIT: Professor Sumio Ohtsuki
USAGE RESTRICTIONS: This image may only be used in conjunction with the accompanying release, or stories written about the work described in the release with reference to the original work.
(http://journals.plos.org/plosone/article?id=10.1371/journal.pone.0161009)