Mechanisms of Persistent Infection for the Human T-Cell Leukemia Virus

Joint research between scientists from Kumamoto University, Japan and Imperial College London, UK has revealed the mechanisms of persistent latent infection of the human T-cell leukemia virus type 1 (HTLV-1). This is an important achievement that may contribute to the prevention of refractory leukemia, a form of leukemia in which leukemic cells do not respond well to treatment.

HTLV-1 is a type of retrovirus that has co-existed with humans for several thousand years, and is thought to be transmitted either through sexual contact or from mother to child through breastfeeding. It is currently estimated that there are at least 30 million infected people in the world. Most are asymptomatic HTLV-1 carriers who won't be affected by further disease, but a few (3-5%) will develop leukemia or chronic inflammatory disease.

The main trait of a retrovirus infection, simply put, is that the virus DNA integrates with the original DNA of a host cell, thereby making it extremely difficult to recognize and treat. Virus DNA that is incorporated into a host cell’s DNA is able to avoid the immune mechanism and the actions of antiretrovirus drugs since the host cell considers the virus DNA as its own. This is a major obstacle in attempting to completely eliminate the virus from the body of an infected person.

A recent collaboration between researchers from Kumamoto University and Imperial College London has revealed that the key factor in HTLV-1 infection is CTCF. CTCF is a type of cell-derived protein with the important function of determining how genes are sterically folded into DNA. The research collaboration revealed that CTCF binds directly to the already integrated viral DNA of HTLV-1 and controls the mechanisms that promote persistent infection.

"When the virus enters the human body the immune system begins working," said lead researcher Associate Professor Yorifumi Satou of Kumamoto University. "However, to escape the immune system, HTLV-1 integrates with human DNA and uses the original folding system of the human cells. Thus, the virus is able to stealthily survive in the body of infected person."

"Adult T-cell leukemia developed from HTLV-1 is an intractable blood cancer with a low incidence rate but poor prognosis,” Dr. Satou continued. “The results of our study illustrate an important mechanism used in the persistent latent infection of HTLV-1 and should contribute to the development of new forms of prevention and treatment." Although HTLV-1 is one of the oldest retroviruses, it was not discovered until 1980. Since then, researchers from Kumamoto University have been contributing to HTLV-1 research, working toward prevention and eventual cure of the disease.

This finding was posted in the "Proceedings of the National Academy of Sciences of the United States of America," online edition, on Feb. 29th, 2016. 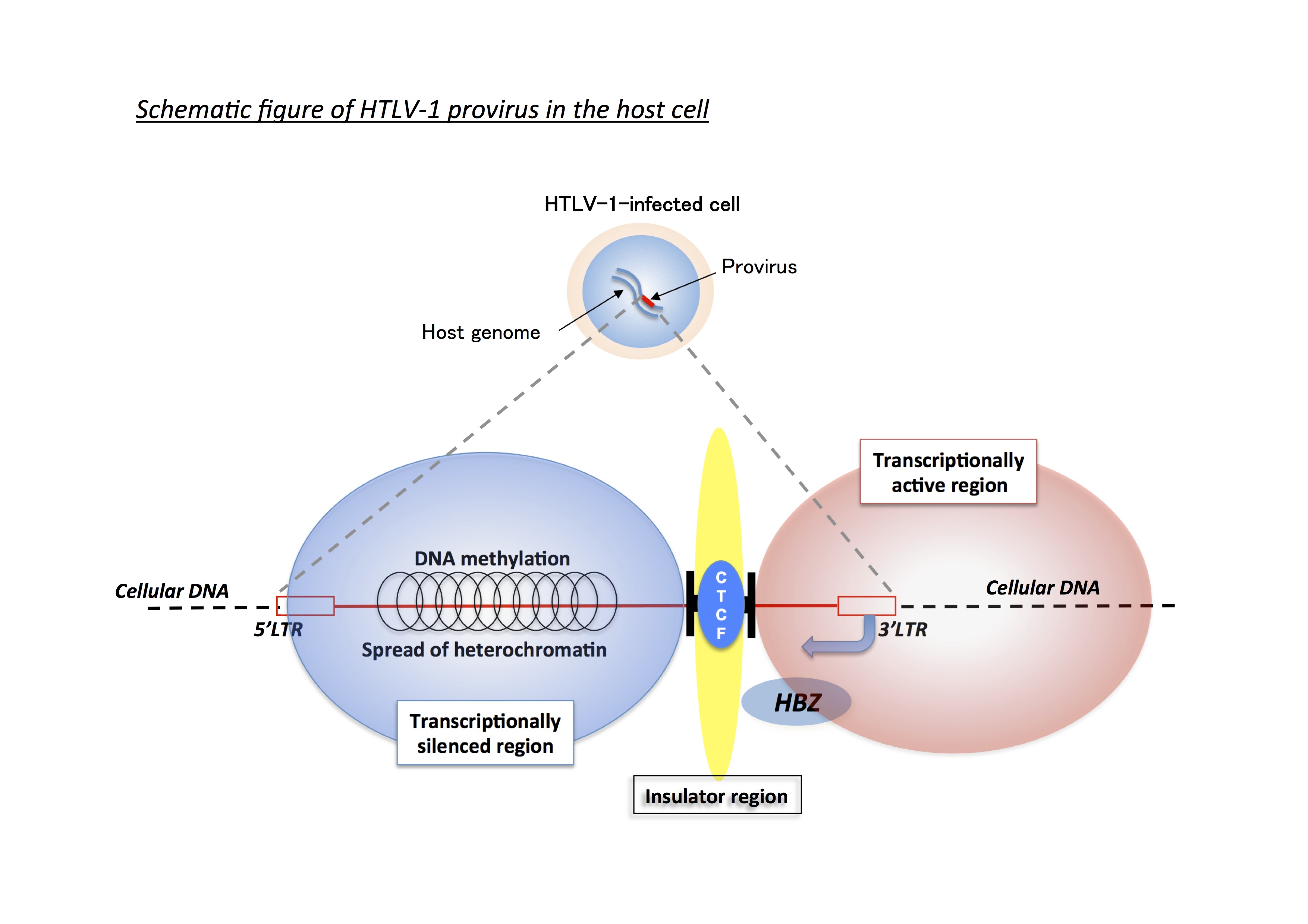