Long ago, in a field far away...
Impressions of cockroach egg cases from 4,300 year old Japanese potsherds (broken pottery fragments) have been found in southern Japan. X-ray, computed tomography (CT) and scanning electron microscopy were used to image the impressions and reveal aspects about ancient Japanese life in this latest archeological survey from Kumamoto University.

These are impressions you are looking for.
To archeologists, ancient earthenware is almost always packed full of treasure. This may seem logical since the pots may have held water, food or other historically valuable items. This time, however, the "treasure" was found not in the pot, but inside the pottery itself.

"Countless vacant holes on the surface of potsherds had been all but ignored until about 25 years ago," said Professor Hiroki Obata, researcher of archeology from Kumamoto University, Japan. "Since then, however, the meaning and importance of these holes has become well understood. They can be the impression of seeds, nuts, insects or shells."

From the cavities left by soybeans or adzuki beans which were mixed in the pottery during creation, it is possible to more correctly estimate the beginning of cultivation in the district. Impressions are an important key to understanding the lifestyle of those who lived in a particular area during a particular period. Furthermore, with a quantitative survey of the impressions, it is possible to extrapolate the range of the propagation and cultivation of the plants.

Professor Obata’s group examined impressions on the surface and from the inside of the potsherds from the Odake shell mound site in Toyama Prefecture, which contains artifacts from the early Jomon Period of Japan (5,300 – 3,500 BC). Using X-ray, CT and scanning electron microscopy they found more than 500 impressions, even though only 66 could be visually confirmed, of Egoma （Perilla frutescens var. frutescens） seed related imprints on the surface. The impressions within the potsherds were unique to the period making them easily distinguishable from potsherds that had been created at another time.


That’s no seed. That’s a cockroach impression.
In their latest survey the research group employed an “impression replica” method of investigation, where a silicon replica cast is made of an item’s surface and then scanned with a scanning electron microscope producing a detailed examination of the original surface. Cockroach egg case impressions found during the examinations were about 11 mm (0.43 in) long, and it was determined that the egg cases were from the smokybrown cockroach (Periplaneta fuliginosa) native to the southern area of China. In Japan, smokybrown cockroaches have been portrayed in 18 century (Edo Period) literature and art work, with literary and artistic appearances by cockroaches previous to that period considered to be a domestic species.

The two of the potsherds which contained the egg case impressions were unearthed from the Motonobaru archeological site which dates back to the late Jomon Period of Japan (2,500 – 1,300 BC). The impressions were found from fragments that were about 4,000 and 4,300 years old respectively. This shows that smokybrown cockroaches have existed in Japan nearly 3,700 to 4,000 years longer than had ever been considered from literary and artistic works.


Maize weevils be with you
One year previously, Professor Obata and colleagues presented results of their research from the same site in which they found 173 impressions of an insect called the maize weevil. At that time, it was about half of all ancient maize weevils that had ever been discovered in Japan.

"The maize weevil is a type of harmful insect that eats stored starch food materials such as acorns or chestnuts, which are known to be typical stored food for that period in Japan. The existence of many maize weevils and cockroaches shows that these ancient humans lived settled lifestyles," said Professor Obata. "With this latest research, we have revealed that there were cockroaches in human living areas from a period older than was previously believed. More and more information about ancient human life is being found from potsherds. Soft and small items have some difficulty remaining in the soil for a significant amount of time, but they can be kept safe within these pottery fragments. Like little time capsules, potsherds are packed full of treasures which help to reveal the story about the living conditions of ancient humans."

Further investigations are currently being performed on ancient potsherds and more discoveries are expected in the future. 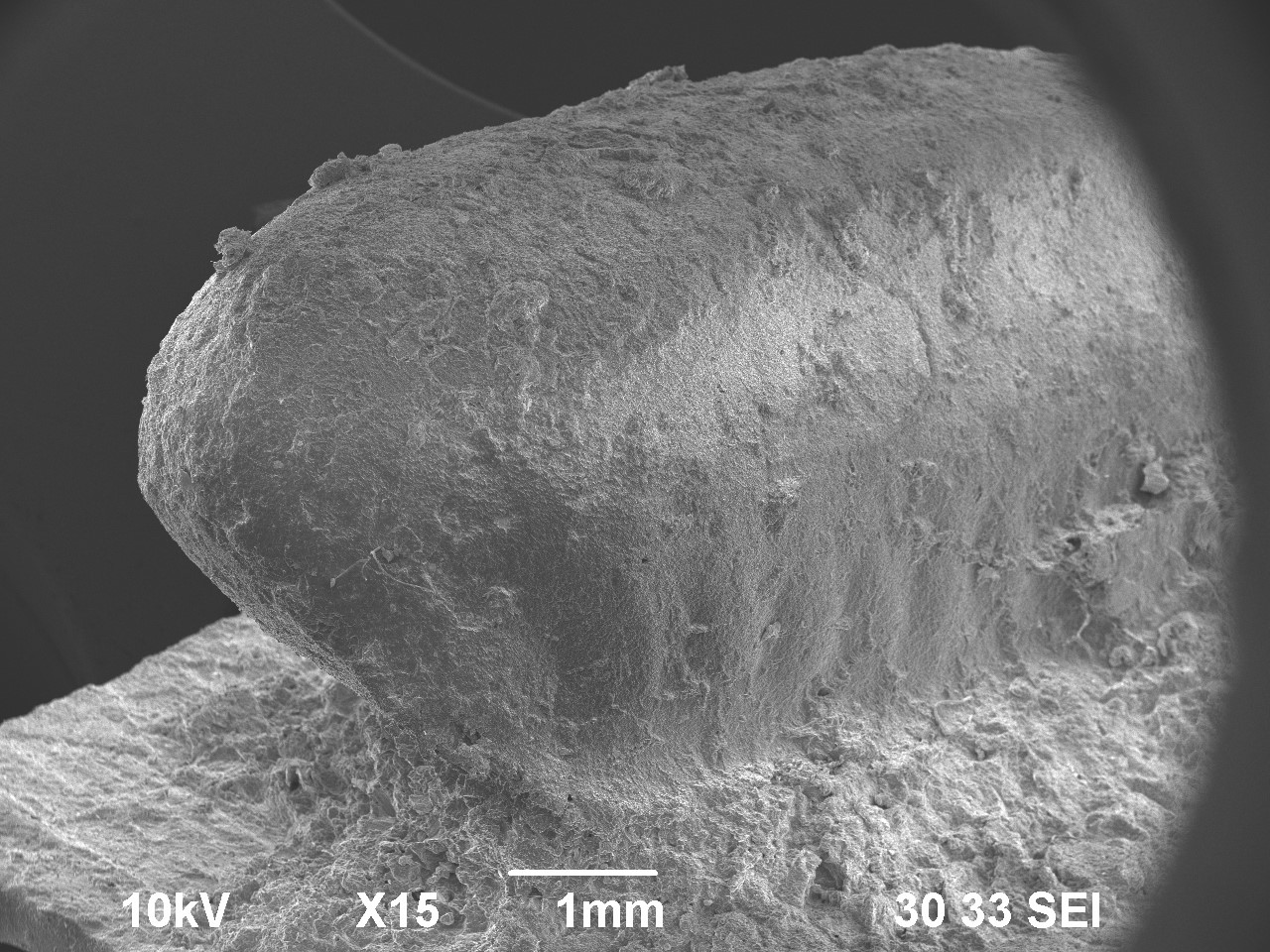 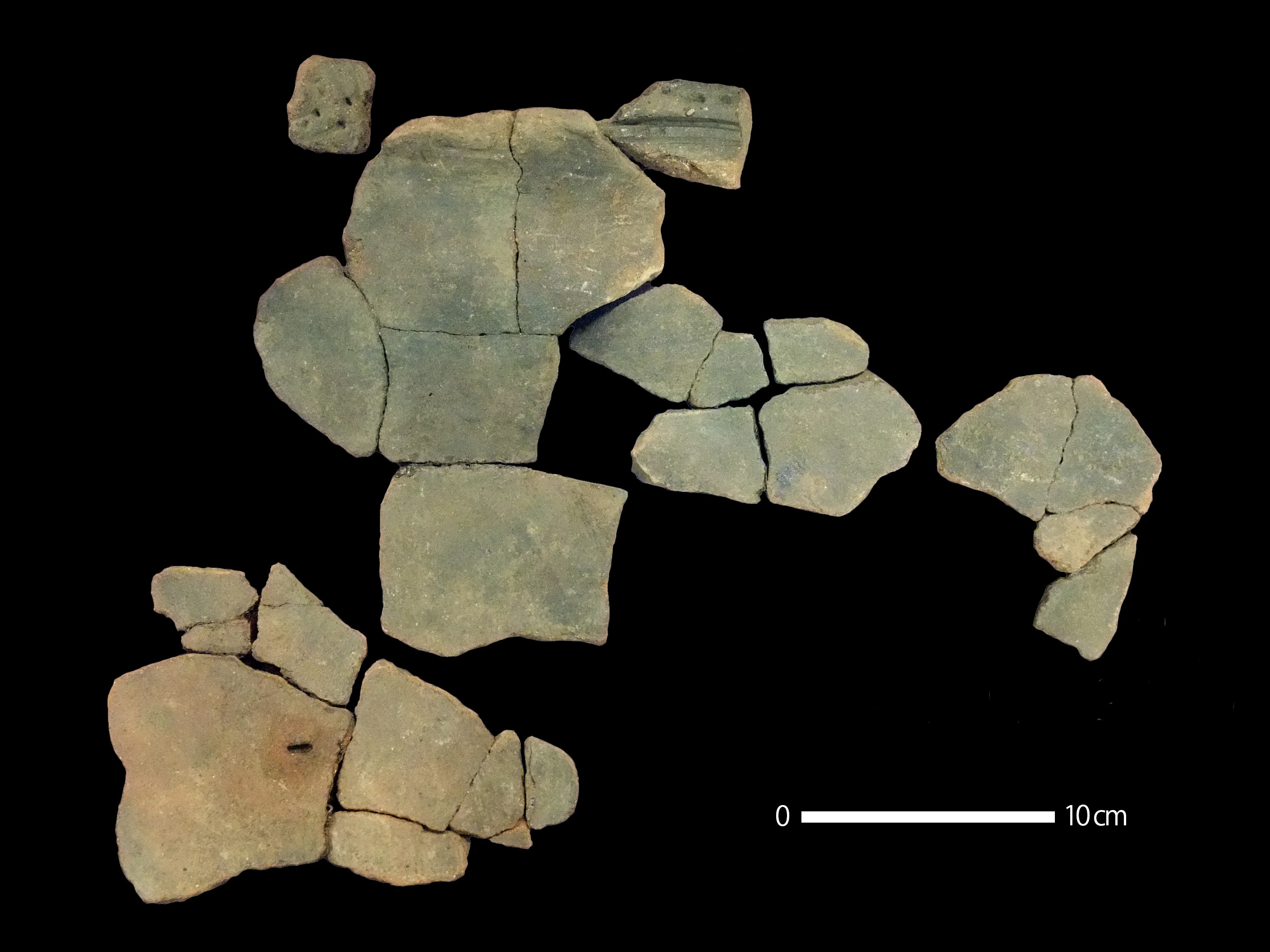 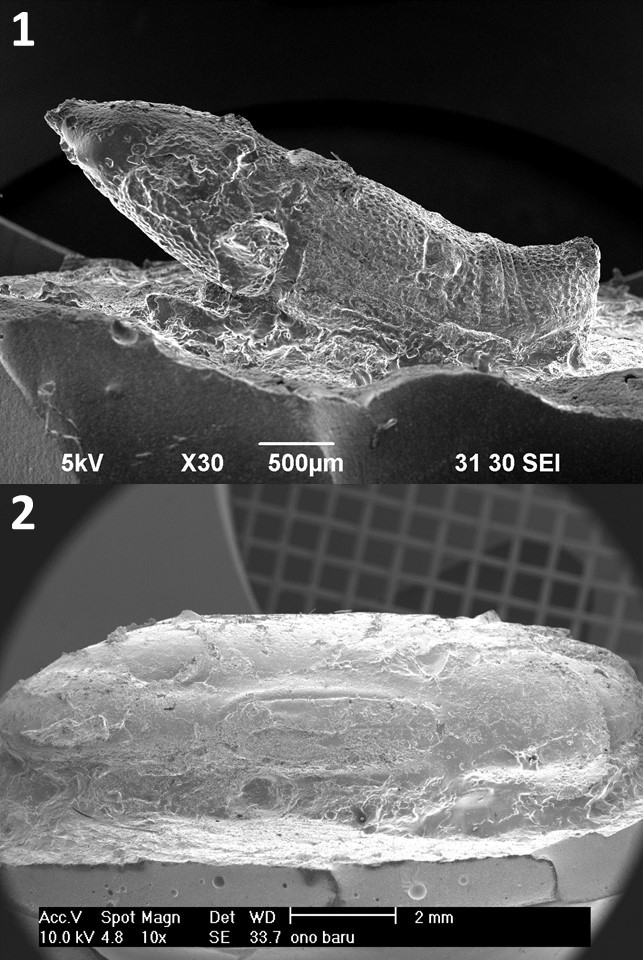