Finding the right antithrombotic (anti-clotting) drug for you

A new blood clotting analysis system designed in Japan makes it easier to determine the effects of taking one or more antithrombotic (anti-clotting) drugs.

Myocardial infarction, arrhythmia (atrial fibrillation), cerebral infarction and economy-class syndrome all have one thing in common: they are all diseases that are caused by a blood clot blocking a blood vessel.

Anti-clotting drugs that thin the blood to make it more difficult to form clots in the blood vessels are taken to prevent and cure those diseases that result from blood clotting. The newest type of these drugs, novel oral anti-coagulants (NOACs), have become very popular in recent years. These breakthrough drugs are highly effective, combine easily with other drugs, and do not come with dietary restrictions.

Unfortunately, the effects of these new drugs have been difficult to determine using previous methods of analysis. Each NOAC drug has its own method for determining its effects, making it extremely difficult to evaluate cases where more than one drug is administered. This difficulty resulted in a lack of an evaluation index to determine whether a new drug was actually better to take.

A new analysis system called T-TAS (Total Thrombus-formation Analysis System), created by the Japanese company Fujimori Kogyo Co., Ltd., can evaluate the risk of clotting by testing thrombus formation processes under variable blood flow conditions. Previous systems needed a relatively large amount of blood to separate blood components, such as platelets and plasma, whereas the new system only needs a small amount of whole blood to perform an analysis.

Researchers from Kumamoto University in Japan worked to determine the effectiveness of the T-TAS. They used it to analyze the effect of NOAC drugs on three different patient cohorts. The first had either knee or hip joint surgery and took NOACs to prevent economy-class syndrome, which has a high risk of occurrence in patients recovering from these types of operations. The second cohort took NOAC drugs after having catheter-based therapy for atrial fibrillation. The last cohort took several types of drugs to cure coronary artery disease.

“Clearly, by using the T-TAS we were able to evaluate and quantify the condition of the blood more accurately than ever,” research leader Dr. Kaikita of Kumamoto University said. “Some of the patients in the second group suffered from hemorrhagic complications. Their T-TAS analysis results from before surgery and initiation of NOAC drugs showed that the clotting ability of their blood was much lower compared to that of the atrial fibrillation patients’.” Hemorrhagic (bleeding) complications can occur when blood resists clotting. “With the help of T-TAS data, we were able to prevent future thrombotic and hemorrhagic complications.”

“Until now, there was no system or single indicator in place that was able to evaluate the effect of different platelet drugs,” Dr. Kaikita said. “Our research shows that the T-TAS solves these problems. It uses an index to easily and comprehensively evaluate thrombus formation possibilities, which can then be used to measure the effects of NOAC drugs quickly and effectively. In the future, it will help to reduce the use of multiple combinations of antithrombotic drugs and aid in the personalization of prescription drugs management by making adjustments according to each patient’s condition.” 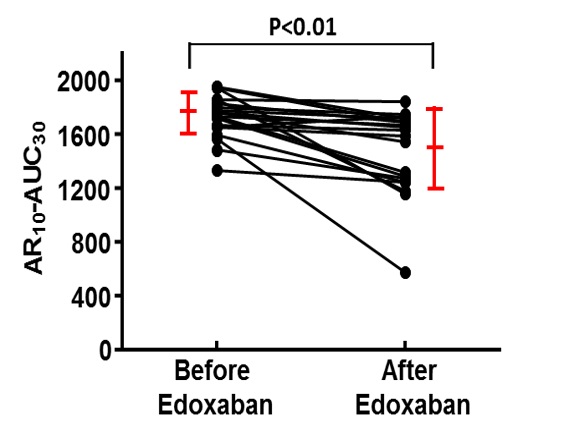 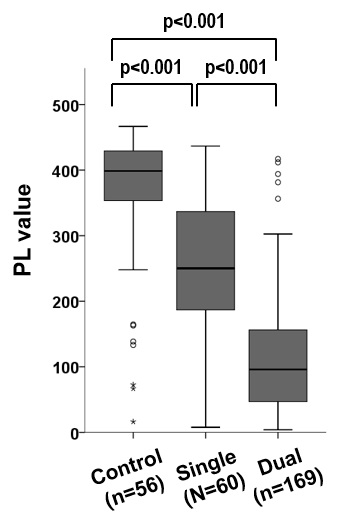