[Intro]
A significant step forward has been taken in the area of kidney regenerative medicine! Researchers at Kumamoto University in Japan transplanted kidney tissue made from human induced pluripotent stem (iPS) cells into a mouse kidney and found that mouse capillaries readily connected to the cells of the manufactured kidney tissue.

[Body]
In a world first, Kumamoto University researchers have shown mouse kidney capillaries successfully connecting to kidney tissue which was derived from human iPS cells. This achievement shows that human kidney glomeruli made in vitro can connect to blood vessels after transplantation and grow to maturity. It is a big step forward in gain-of-function for a urine-producing kidney.

In the field of iPS cell-based regenerative medicine, advanced research with clinical applications for many organs and tissues, such as the retina, has steadily progressed. On the other hand, creating a kidney has been extremely difficult.

Although the number of renal failure patients on dialysis has been increasing, and has become a social problem, opportunities for renal transplant have been limited. Scientists at Kumamoto University have been researching the issue since 2006 with the goal of building a functioning kidney in test tubes. At the end of 2013, they reported the successful creation of an in vitro three-dimensional kidney structure from human iPS cells.

However, it remained to be determined how similar the kidney tissue made in vitro was to that formed in a living body. Additionally, the original kidney tissue was not connected to any blood vessels, even though the primary function of the organ is to filter waste products and excess fluid from the blood.

In many kidney diseases, the trouble is with the glomeruli that filter urine from the blood. Filtration in the glomerulus is performed by cells called “podocytes” that are in direct contact with the blood vessels. Through the special filtration membrane of the podocytes, protein does not leak into the urine but allows moisture pass through.

“Therefore, we focused on analyzing the podocyte of the glomeruli in detail,” said Professor Ryuichi Nishinakamura who led the research. “First, by genetically modifying the iPS cells, we created human kidney tissue in vitro with green fluorescence. Then, we visualized how human glomeruli become established.”

They continued the analysis by taking out only the podocytes of the human glomeruli using the green fluorescence, and revealed that glomerular podocytes made in vitro express the same genes important for normal biological function.

This report of the successful connection of capillaries with the podocytes of iPS cell-manufactured human glomeruli resulting in a distinct filtration membrane is the first of its kind in the world.

“We are now working to create a discharge path for the kidney and combine it with our findings on glomerular cells. We hope to advance manufactured kidney gain-of-function to produce and excrete urine,” said Prof. Nishinakamura. “Also, by using iPS cells from patients, development of new drugs and clarification of the causes of kidney disease are also expected.”

This study was published online in "Journal of the American Society of Nephrology " on November 19, 2015.
“Human induced pluripotent stem cell-derived podocytes mature into vascularized glomeruli upon experimental transplantation” 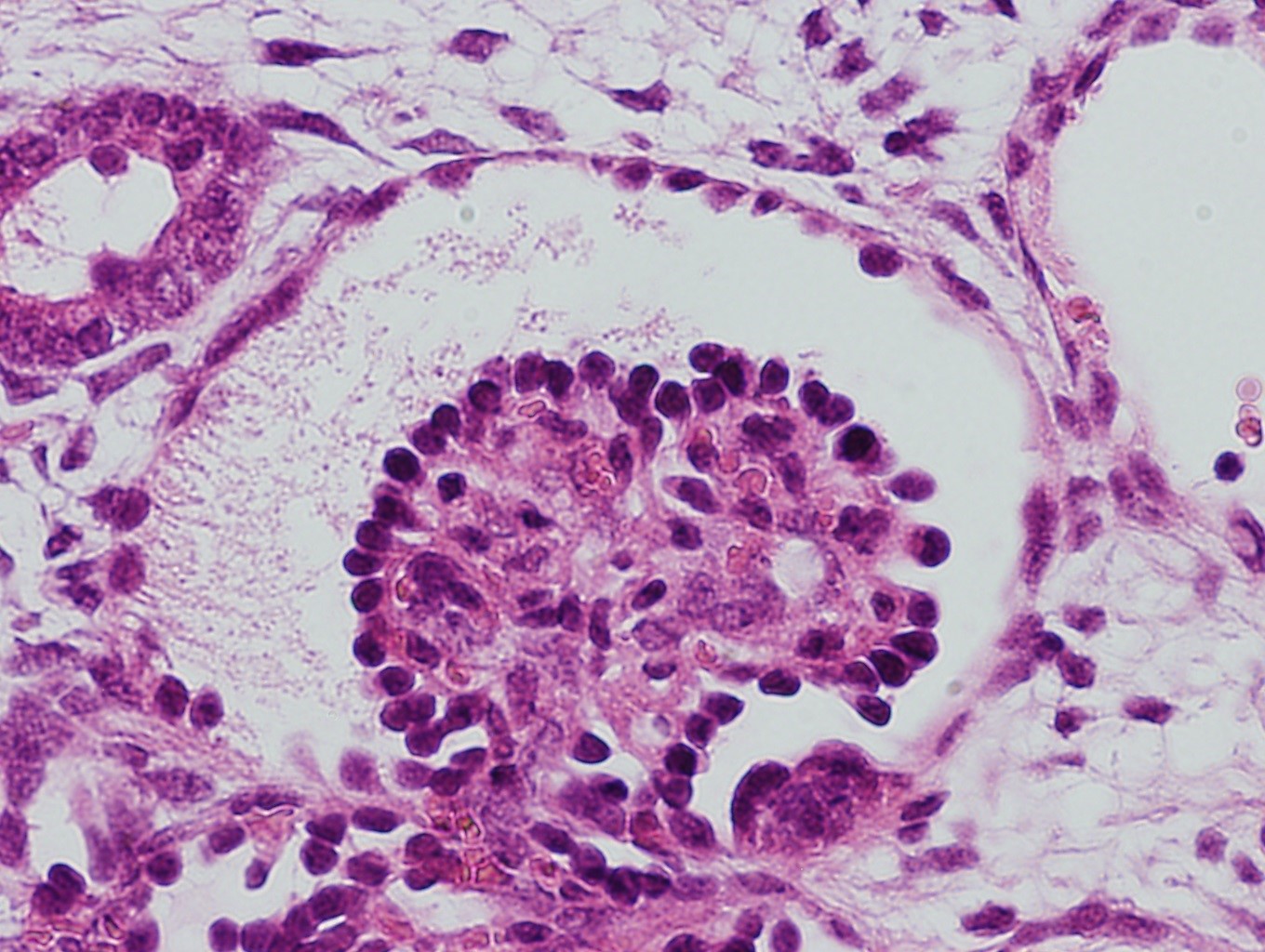