The successful ovulation of 100 eggs from 1 female mice

Scientists at Kumamoto University have developed a new method of controlled ovarian hyperstimulation, termed ultra-superovulation, in which ovulation of a very large number of eggs from one female mouse occurs. This development makes it possible to analyze gene function more efficiently through mass production of knockout mice.

The average number of eggs for genetically modified mice (knockout mice) obtained using previous methods of superovulation induction is about 20 but in reality the number is often much smaller, about 10 or less. However, researchers at Kumamoto University have developed a method of ultra-superovulation and have successfully obtained the ovulation of 100 eggs from a single female mouse.

Normal 2-cell stage embryo growth and offspring from these eggs has been confirmed using in vitro fertilization and embryo transfer. This achievement is expected to become a very useful technology for future mass production of knockout mice.

The ultra-superovulation induced method was developed by Prof. Naomi Nakagata and Dr. Toru Takeo from the Division of Reproductive Engineering in the Center for Animal Resources and Development (CARD) of Kumamoto University, Japan. The results were published in PLOS ONE on May 29, 2015.

The number human protein coding genes, which account for less than 2% of the human genome, have recently been found to number over 20,000. The scientific community uses knockout mice to analyze basal phenotypes (the appearance of genetic characteristics) to analyze the function of such a large number of genes. For this reason, efficient production of knockout mice is necessary.

In conventional induced superovulation methods pregnant mare serum gonadotropin (PMSG), a follicle stimulating hormone (FSH), is administered to knockout mice with the intention of developing a large number of ovarian follicles. However, the actual number of eggs obtained from one female mouse was limited to 30 at most.

Professor Nakagata and his colleagues came up with the idea of adding inhibin antiserum to the superovulation process. The hormone inhibin is released from the gonads during development and is a secretion regulator of FSH. FSH is secreted from the pituitary gland and limits the number of eggs produced during ovulation. The use of an inhibin antiserum promotes excessive secretion of FSH by neutralizing inhibin in the body of female knockout mice. Furthermore, by administering PMSG simultaneously the mice developed a large number of follicles leading to successful ovulation of 100 or more eggs from one knockout mouse, approximately 3-4 times that of conventional methods.

"With our newly developed method, it is possible to reduce the number of female knockout mice used in egg collection by 1/3 - 1/4 or less." said Dr. Takeo, who was involved in the development of the procedure. "Reducing the number of experimental animals is one of the most important pillars in the welfare of laboratory animals. Not only from the life science research viewpoint, but also from the social concern for the welfare of laboratory animals. This outcome is very meaningful, and we hope this achievement will contribute to the promotion of various studies of international acclaim."

By allowing a large number of ovulation ovum from a small number of female mice, it makes it easier to perform IVF and embryo transfers. Therefore, it becomes possible to improve the efficiency of collecting, preserving and providing knockout mouse.

Prof. Nakagata anticipates that his ultra-superovulation induction method has a very high potential to be applied to rats, hamsters, and guinea pigs, but this has not yet been established. He expects to spread the range of the method into these other laboratory animals soon.

The ovulation-inducing agent is scheduled to be released from the collaborating pharmaceutical company in the future.

[Definitions]
*1. Knockout mouse
Mice deficient in one or more genes through genetic engineering.

*2. 2-cell stage embryos
State of the egg after the first division (cleavage). A fertilized egg will grow by continuously dividing through the course of development.

*3. FSH
Hormone that has the function of promoting growth by stimulating the follicles present in the ovaries. 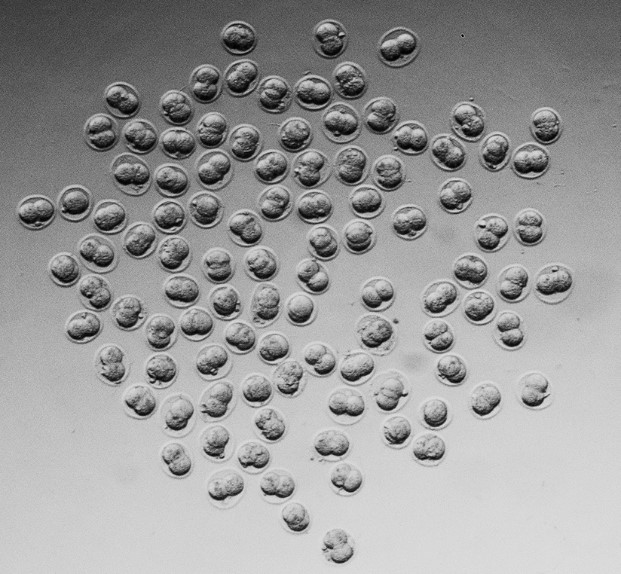 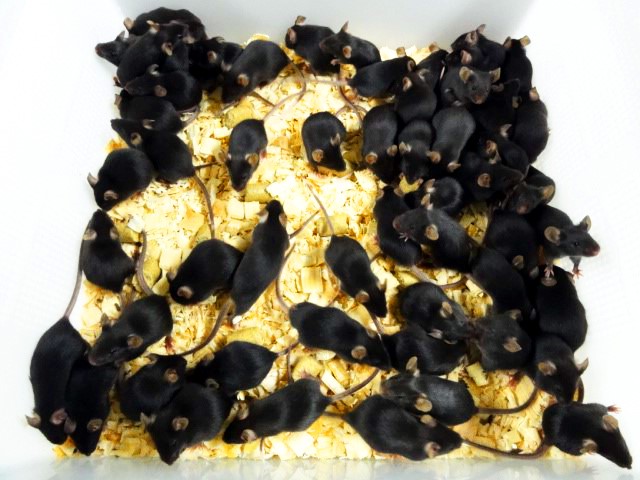