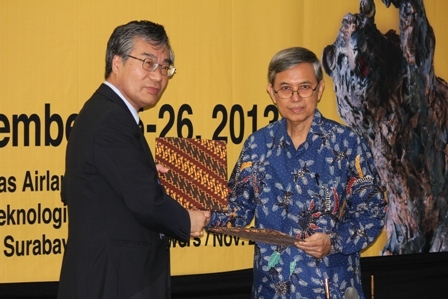 Kumamoto University held the 10th Kumamoto University Forum in Surabaya, Indonesia for two days on November 25 (Mon) and 26 (Tue), 2013. Working among ASEAN countries with which exchanges have been promoted through Japan’s policies for higher education in recent years, this forum was held placing a particular focus on the initiation of exchanges with Airlangga University (UNAIR), which is highly valued as one of Indonesia’s prominent universities, and the expansion of exchanges with the Institut Teknologi Sepuluh Nopember (ITS), Surabaya (Indonesia), with which our university has long had lively educational and research exchanges and student exchanges using its overseas office as the base, under the cooperation of those universities.

On November 26 (Tue), using the Sheraton Surabaya Hotel & Towers as the venue, the Forum was opened with an opening address by the Forum Chair and Vice President Shinji Harada. After the opening of the Forum, signing ceremonies for the agreement of “Double Degree Program” for master's degree courses between ITS and our university, and the renewal of inter-university academic and student exchanges agreement between the Consortium of Institut Teknologi Sepuluh Nopember and our university were held respectively. Keynote speeches were then given by presidents of the three universities―Kumamoto University, ITS, and UNAIR.

In the afternoon, participants were divided into two venues according to the natural sciences- and life sciences-related group and human and social sciences-related group, and were given an introduction to the faculties and graduate schools of those universities from Indonesia and Japan, as well as presentations regarding recent research.

In the meantime, various events were held concurrently with this Forum, such as a courtesy visit to Consul General Noboru Nomura of Consulate-General Japan at Surabaya by presidents of the three universities, an exchange meeting for our university’s alumni living in Indonesia; a booth exhibition intended to introduce Kumamoto prefectural and municipal governments, the Consortium Kumamoto, and “HIGO Program,” Kumamoto University’s Program for Leading Graduate Schools; and a panel exhibition that introduced the three universities’ faculties and departments. Furthermore, high interest in this Forum was proven with a press conference by the local media.

Having attracted over 400 participants, such as faculty members and students from ITS and UNAIR to the events held at the Sheraton Surabaya Hotel & Towers, the Forum ended in success.

Deeper inter-university exchanges between Indonesia and Japan were shown through a letter from approximately 40 students of the Department of Japanese Studies of UNAIR to our university that was introduced during the class on November 28 (Thu) after the closing of the Forum. With this Forum as a trigger, further advancement of international exchanges between the two countries can be expected. 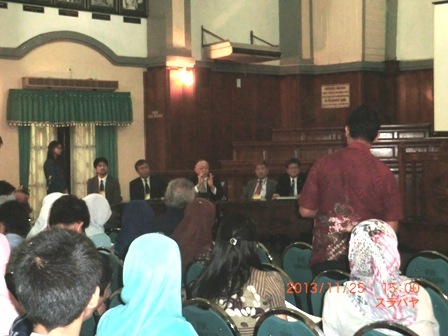 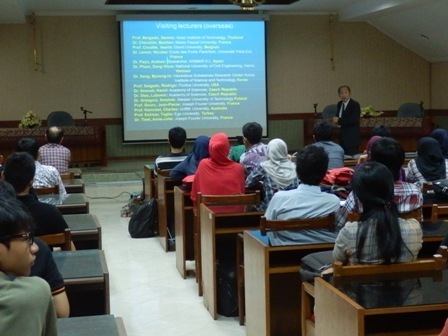 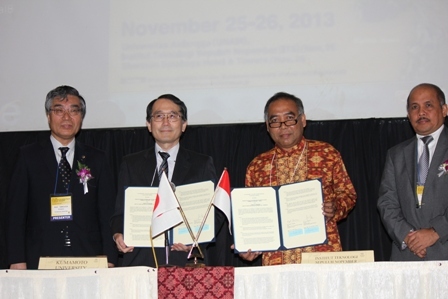 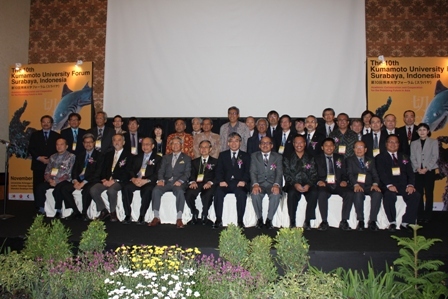 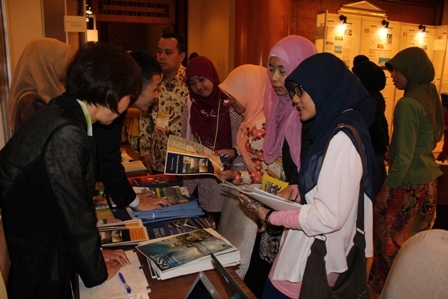 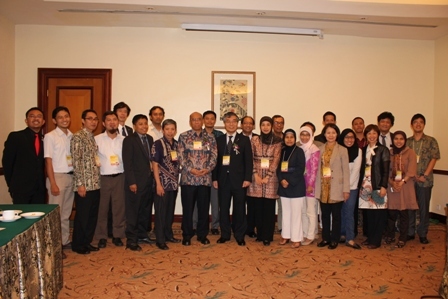